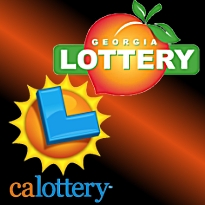 The state of Georgia has decided to authorize online lottery ticket sales. On Thursday, Atlanta’s ABC affiliate WSB-TV reported that the Georgia Lottery Corporation Board of Directors had voted to approve online ticket sales for MegaMillions, PowerBall and Fantasy 5 jackpot games, with a scratch card option to be added at a later date. The Lottery will also introduce a special iHOPE debit card to fund lottery purchases both online and at retail outlets, which Lottery president Margaret DeFrancisco said would likely appeal to “cashless” consumers, especially those in the younger demographics that most lotteries have struggled to attract to help replace the thinning ranks of older ticket buyers.

Georgia’s lottery recorded sales of $3.8b in the fiscal year ending June 30. DeFrancisco conceded that the online option will not provide “a huge piece of revenue,” but expects “slow and steady growth” as awareness of online availability spreads. DeFrancisco added that the online move was past due. “[Lotteries] are one of the last industries not to offer our products digitally.” The Dec. 2011 statement by the US Department of Justice that the Wire Act applied strictly to online sports betting cleared the path for state lotteries to make the great digital leap, but so far, Illinois is the only state to start selling lottery tickets online.

California has yet to join the online party, but that didn’t stop the California Lottery from posting record sales in its 2011-2012 fiscal year. Sales were $4.37b over the past 12 months, more or less obliterating the previous high of $3.59b set in FY 2005-2006. Credit goes to a 33% gain in MegaMillions sales to $720m, plus a 38% boost in scratch tickets, aided by the introduction of the state’s first $10 game in September. Lottery director Robert T. O’Neill may be considering the online option with his cryptic observation that there were “tremendous opportunities for growth in the new fiscal year.”

If you didn’t notice, California’s $4.37b in lottery sales was only 14% higher than Georgia’s $3.8b tally, which seems daft when you consider that California has 3.5 times Georgia’s population. Not for nothing did Georgia come in second on Bloomberg Ranking’s ‘sucker index’ of lottery participation rates v. payouts.