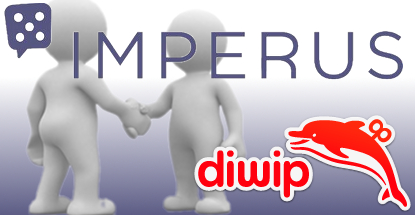 Canadian-based gaming technology platform Imperus Technologies (formerly known as Isis Labs before another outfit named Isis started beheading people) has agreed to acquire Tel Aviv-based social gaming outfit Diwip. Imperus will pay $50m upfront for the privately held Diwip, which operates the popular Best Casino and Slots Club brands, plus up to $50m more over the next couple years, depending on performance. Imperus intends to retain Diwip’s senior management – including co-founders Ehud Kantzuker and Yaniv Gamzo – and its 50-plus employees.

Diwip’s games have 24m registered players and revenue has risen from $7.8m in 2011 to $28.3m in 2013. Diwip generated earnings of $14.7m in 2013 and has a complete suite of mobile games ready to be rolled out in Q1 2015. The acquisition, which still must be approved by Imperus shareholders, marks the third high-profile acquisition of an Israeli social gaming firm in recent years, following Caesars Interactive Entertainment’s purchase of Playtika and Bally Technologies buying Dragonplay.

In less positive news, the executive house cleaning at Zynga continued this week with the announcement that executive VP of games Barry Cottle had left the building. Cottle, who joined Zynga in 2012 as chief revenue officer after a stint at Electronic Arts, oversaw Zynga’s social casino titles. In February, Cottle said 2014 would be a “transformational” year for the Zynga Casino franchise but it seems that this transformation will not include Cottle.

Games Beat reported that responsibility for Zynga Casino will now be handled by Alex Garden, who currently runs games studios. Maytal Olsha, who left Zynga in August, had been brought over from 888 Holdings to help lead Zynga’s casino titles to the real-money gambling promised land and had reported to Cottle before Zynga abandoned its real money plans. Zynga CEO Don Mattrick has been housecleaning with a vengeance since taking over last July in a bid to revive the struggling company’s fortunes. Zynga’s shares closed out the week at $2.29, just nine cents above its 52-week low.