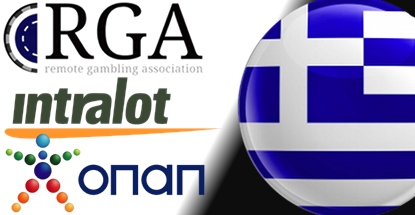 Two recent decisions that ruled in favor of Greek betting firm OPAP have come under fire from stakeholders who came out on the losing end(s). In the first instance, Greek lottery and gaming technology supplier Intralot is protesting the decision by the state agency in charge of privatizing government assets to award OPAP a 20-year pari-mutuel betting monopoly license.

On Wednesday, officials at Greece’s top administrative court revealed that Intralot has filed restraining orders against the Hellenic Republic Asset Development Fund (HRADF), which awarded OPAP the horse license after the former state asset submitted a bid for €40.5m.

Originally, Intralot had submitted the only bid for the horse monopoly before the HRADF decided Intralot’s €5.25m offer was too chintzy and reopened the tender in September. Intralot is accusing the HRADF of violating rules on transparency, fair competition and equal treatment. The court is expected to take up the case later this month.

On Thursday, the Remote Gambling Association (RGA) publicly rebuked Greece’s top court for upholding the legality of OPAP’s controversial betting monopoly. The RGA believes “the only viable long term market for online gambling in Greece is one that is open to multiple licensees.” The RGA takes Greece to task for issuing online gambling licenses to two-dozen international operators in 2012, only to withdraw those licenses shortly thereafter in a shameless bid to boost the value of the government’s one-third stake in OPAP, which it subsequently sold for €652m.

The RGA laid out the planks of the case it intends to make at Thursday’s Greek Gaming Conference in Athens. The RGA believes Greece has “consistently failed to implement its own laws to open up the online gambling market” and that the betting monopoly extension OPAP received in 2013 was granted “without the proper tending process.” OPAP has a long history in Greece but it’s a relative neophyte when it comes to online betting, ergo “it is not credible to suggest that [OPAP] is better placed to protect consumers than companies who have been active in the sector for many years.”

The RGA wrapped up by noting that the Greek government “has not followed the correct European Union procedure” for implementing gambling legislation and has “delayed responses to requests for information” by EU authorities. Sue Rossiter, the RGA’s director of projects and policy, said the RGA will rely on “all legitimate options at its disposal, including legal challenges to the EU and the Greek courts, in order to get to a legal, clear, workable and fair resolution.”