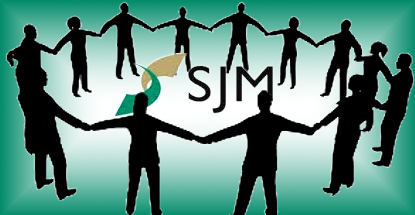 Macau casino operator SJM Holdings was the target of another labor action on Saturday, as hundreds of staffers took to the streets to protest for better wages and benefits. An estimated 700 casino workers surrounded SJM’s Grand Lisboa and Lisboa casinos with placards bearing the slogan “the same work, the same salary,” reflecting their complaint that SJM staff are paid less than their counterparts performing similar jobs at Macau’s other five casino concessionaires.

Macau has witnessed unprecedented labor unrest in the past month, as casino staffers seek a greater share of Macau’s gaming wealth. Previous protests included street marches targeting all six Macau casino operators, as well as specific action against SJM, Macau’s traditional market leader. On Aug. 30, around 600 employees of SJM’s flagship Grand Lisboa casino – most of them baccarat dealers – called in sick, prompting SJM to shift staff from its other casinos to make up the shortfall.

To prevent a recurrence of this type of protest, SJM changed its sick leave policy, agreeing to issue sick pay only when employees produce notes signed by SJM-approved doctors. Forefront of Macau Gaming (FMG), the organization representing Macau casino employees, requested a three-way meeting between its leaders, SJM execs and Macau’s Labor Affairs Bureau to resolve the issue. But the meeting, which was scheduled for Wednesday, never took place, prompting FMG to call for further demonstrations on Saturday.

SJM execs used the fact that many of FMG’s leaders work for other Macau operators as a way of downplaying the number of SJM staff participating in previous street marches. To counter this claim, Saturday’s protest featured many of the marchers wearing black T-shirts with white lettering reading “I am an SJM employee.”

SJM has offered to give its employees ‘living subsidies’ of up to two months extra salary per year until 2020, when its current casino license expires. FMG has rejected this offer as insufficient, calling for a 10% pay rise in addition to the two-month bonus as well as an improved work environment.

Meanwhile, some equally disgruntled employees of MGM China are meeting on Monday (15) with the Labor Affairs Bureau. The MGM staffers aren’t planning a work stoppage at this point, but their demands are similar: increased pay and improved working conditions. In particular, next month’s imposition of new smoking laws have employees worried for their health.

While the new law will prohibit smoking on the main casino floor, the restriction doesn’t extend to areas that are of “limited access to specific games and gamblers.” Employees fear this exemption – which encompasses VIP gaming rooms and some walled-off premium mass market tables – will still leave too many of them exposed to second-hand smoke for the duration of their work shift.