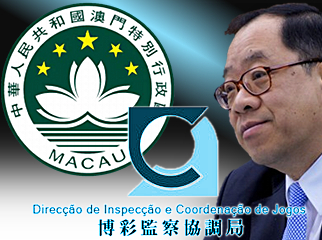 Technically, Macau does have only three concessionaires: Sociedae de Jogos de Macau (SJM), Galaxy Entertainment Group and Wynn Resorts. But these three companies have sub-concessions with MGM Resorts, Las Vegas Sands and Melco Crown Entertainment. In a 2006 communication with the Bank of Nova Scotia, Secretary for Economy and Finance Francis Tam (pictured right) reassured the nervous bankers that Sands’ subsidiary Venetian Macau S.A. would retain its right to run casinos in Macau “even in the event of the termination and extinction of the Galaxy Casino S.A. concession contract.” Chao cited this memo as proof that Macau had “six autonomous and independent concessionaires.”

Linguistic hairsplitting aside, Chao’s argument is that Macau legislators unfairly sold the public on a market liberalization based on only three casino licensees. “You cannot just create new sub-concessions out of the original plan, particularly without public knowledge.” Chao suggested the Public Prosecutor’s Office might like to investigate this “abuse of power” by Tam and former gov’t CEO Edmund Ho.

Tam strongly denied there’d been any “secret assurances or agreements” between the government and its gaming operators. Tam then suggested that the process of reviewing Macau’s gaming contracts might commence in 2015. SJM’s concession and its MGM sub-concession are up for renewal in 2020, with the other four companies coming due two years later. There’s a lot to be discussed, including whether the term length of renewals should be cut to five years. There’s also the tantalizing possibility that the concessions in the planet’s hottest casino market might once more be put up for tender, which could result in the brick-and-mortar casino equivalent of Thunderdome (featuring Sheldon Adelson as Master). Sadly, Union Gaming Research believes it “exceedingly unlikely” that the licenses will be put up for public auction. Spoilsports.