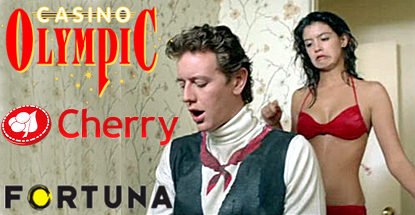 This Labor Day weekend, we’re laboring to recap some of the remaining quarterly earnings reports that continue to march through the door like Miley Cyrus visiting a tongue depressor factory. In a bid to make this parade of numbing numbers slightly more entertaining, we’re going to bundle these reports by barely defined categories coupled with images of barely clad women. This first crop comes from Europe.

CHERRY AB
We’ll start in Sweden, where Cherry AB lost SEK 4.1m (US $587k) in the second quarter of 2014, despite a 24% increase in group revenue. Cherry’s Malta-licensed online gambling operations – which include CherryCasino.com, SpilleAutomater.com, Euroslots.com and B2B software subsidiary Yggdrasil – saw revenue rise 38% to SEK 40.6m. The online business was laid low by increased marketing costs but CEO Emil Sunvisson says the marketing will eventually pay off, pointing to a nearly 25% gain in online active players during the period.

Cherry’s restaurant casino biz – which covers around 250 eating joints, nightclubs and hotels – reported revenue up 9% to SEK 35m. On July 1, Cherry integrated the 23 JPC Casino locations it acquired in June, which Sunvisson estimates will boost Cherry’s share of the country’s land-based casino market to as much as 67%.

Speaking of Sweden, Tiger Woods ex-wife and über-hottie Elin Nordegren (pictured right) has reportedly split with her billionaire boyfriend Chris Cline, meaning the 34-year-old is officially back on the market. But since she’s seriously hot and seriously rich following her reported nine-figure divorce settlement from Tiger, you likely have a better shot at winning the Masters then winning Elin’s affections. So spank away, cuz this is as close as you’re getting.

FORTUNA ENTERTAINMENT GROUP
Shifting to the Czech Republic, local betting outfit Fortuna Entertainment Group (FEG) saw earnings rise 16.4% to €15m in the first half of 2014 while net profit rose 19% to €9m. The 2014 FIFA World Cup helped betting turnover rise 20.8% to €333.2m in the six months ending June 30. Gross win from online betting rose 32.5% to €32.3m while retail gross win rose a mere 1.8% to €29.9m. Sports betting made up all but €48k of FEG earnings, with that tiny sliver generated by lottery operations.

FEG’s sports betting operations in its home market generated more than half of group turnover. Gross win from online betting in the Czech Republic was twice the sum earned from retail betting. Slovak betting operations accounted for one-fourth of turnover, with online gross win rising double-digits while retail betting was flat, allowing online win to surpass retail for the first time. In Poland, retail betting continued to account for most of FEG’s gross win but online activity grew at a higher rate than retail.

Like a rose, Zdeňka Podkapová aka Zdeňka Popová aka Zdeňka Novotna (pictured left) is downright fetching regardless of what name you call her. A former pro gymnast and 2001 Penthouse Pet of the Year, she “cried like a baby” when she learned of her being immortalized thus by the late Penthouse boss Bob Guccione. We cried like a baby watching her epic performance in Lesbian Paradise, primarily because of our failed attempts to reach into the television and pull Zdeňka out into the three-dimensional world. 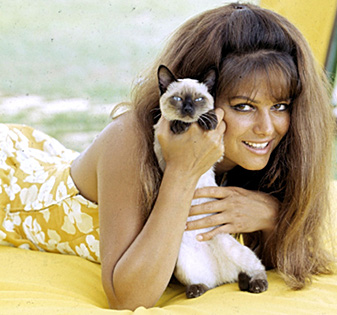 OEG’s geographic diversity allows us great latitude in picking a female representative, but we’ve always been partial to Italy’s Claudia Cardinale (pictured right), the stunner in Sergio Leone’s epic Once Upon A Time In The West. Sadly, Claudia’s now 76-years-old and looks absolutely nothing like this photo. Still, you have to admit she had one hell of a nice pussy…