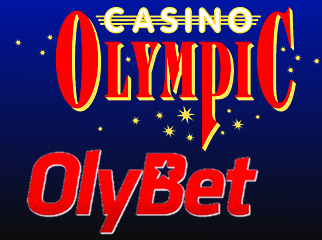 OEG CEO Madis Jääger said the online launch in Latvia marked the company’s first online business in a country outside its Estonian home territory. The OlyBet rebranding will also see 17 existing casino lounges (10 in Estonia and seven in Latvia) converted to sports bars equipped with betting facilities. In addition to 18 Estonian and 38 Latvian gaming facilities, OEG operates 12 properties in Lithuania, five in Belarus, three in Poland, five in Slovakia and has a video lottery terminal joint venture with GHolding in Italy.

OEG has been on something of an expansionist tear of late. In late June, OEG acquired the operations of Latvian slots operator SIA Altea, which consisted of 17 gaming joints, nine of which are located in the capital Riga. While the price was not disclosed, Estonian financial publication Äripäev suggested the deal was worth €6m. There have also been suggestions that OEG was looking at possible expansion into the Canadian province of Quebec, but Jääger would say only that the company was “constantly monitoring the situation in different markets.”

This week saw OEG publish its H1 financial figures, which showed profit from its Baltic operations falling 7% to €9.7m, while revenue rose 5.6% to €67.1m over the first six months of 2013. (Due to legal quirks, OEG reports its non-Baltic operations separately.) OEG holds a 56% share of Estonia’s land-based gaming market and 21% of the Latvian market. In July, OEG announced it was teaming with Hilton Worldwide to establish a new upscale hotel in Estonia’s capital city of Tallinn. The €36m hotel and entertainment complex will serve as the new home of OEG’s flagship Olympic Casino, which will operate out of the Radisson Blu Hotel Olümpia until the new 13-storey facility is completed in December 2015.