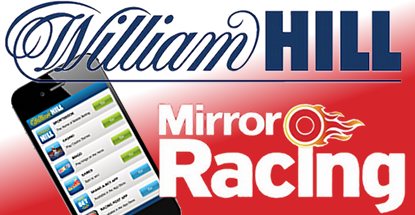 UK bookmaker William Hill is celebrating a mobile milestone as its iOS sports betting app topped the 2m download mark over the weekend, just as England played its first match of the 2014 FIFA World Cup. The app has been downloaded over 80k times in the first five days of the tournament. Launched in 2012, the iOS app was followed by an Android release this March. Mobile accounted for 45% of total online sportsbook turnover in Hills’ most recent quarterly report.

Wednesday’s launch marks the third betting-focused site Trinity Mirror has debuted in as many months. April brought the launch of racing affiliate service Mirror Free Bets, which was followed shortly thereafter by the Paddy Power-powered Mirror Football. Trinity Mirror head of syndication and licensing Fergus McKenna told eGaming Review that the Daily Mirror’s audience had a keen interest in betting “so it is in everyone’s interests that we continue to develop and deliver fantastic products and services to meet that need.”

UK media outlets have been racing each other to launch online wagering sites this year, including February’s debut of the Guardian’s Gowager.co.uk, although The Sun’s SunBets sportsbook failed to get off the ground since its deal with BetVictor fell apart earlier this month. In May, BetVictor was acquired by Michael Tabor, who reportedly broke off talks with The Sun shortly after assuming the reins, but The Sun has vowed to find another likely lad to power its product.