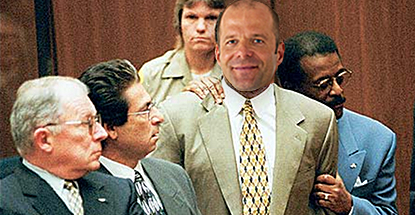 There hasn’t been much good news emerging from the Bwin.party digital entertainment camp of late, but Friday brought word that CEO Norbert Teufelberger and erstwhile board member Manfred Bodner had been acquitted on charges of illegally offering services to French punters.

The pair was arrested in Nice in 2006 after local gaming monopolies Française des Jeux (FDJ) and Pari-Mutuel Urbain (PMU) filed a complaint against Vienna-based betting outfit Bwin for taking wagers from France before that country liberalized its online gambling market. Teufelberger and Bodner spent three days in jail before being released on €300k bail.

Though both FDJ and PMU ultimately dropped their complaint after Bwin merged with PartyGaming and Bwin.party was granted a French online gambling license in 2010, the state continued to pursue the case. On April 3, prosecutors in the 12th Chamber Correction Court in Nanterre recommended each of the accused pay a €40k fine to atone for Bwin’s dealings with French punters between 2003 and 2005.

On Friday, Teufelberger (pictured being congratulated by the late Johnnie Cochran) told the court that neither he nor Bodner had “wanted to violate French law” and the court apparently bought it, although the prosecutor will have 10 days in which to consider filing an appeal. Salzburg.com reported that a written copy of the oral verdict would be issued in coming weeks. Agence France Press quoted attorney Frederic Manin, who represented the accused, describing his clients’ “relief” at the verdict, which had removed the “sword of Damocles” hanging over the company.

Teufelberger had faced similar legal woes in Belgium, where he was detained in 2012 for serving that country’s punters without a local license. As with the French situation, Teufelberger originally insisted that he was in the right, only to eventually knuckle under and apply for the necessary licenses. Having dodged yet another legal bullet, perhaps Teflonberger would be more appropriate, assuming prosecutors choose to let the issue lie.

The timing could not be better for Teufelberger, who will be going into the lion’s den on Thursday at Bwin.party’s annual general meeting in Gibraltar. Activist investor Jason Ader is urging shareholders to back his nominees for Bwin.party’s board in a bid to force the financially flailing company to adapt its strategy to better fit the online gambling landscape. Friday’s legal reprieve comes too late for Bodner, whose ouster from the board was announced on the same day, although he’ll still be regularly cashing a (presumably lucrative) check as a Bwin.party consultant.