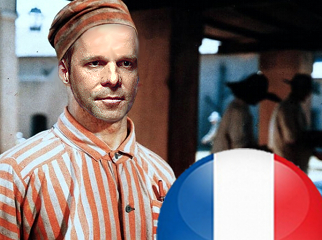 Meanwhile, French horse pool betting operator Pari Mutuel Urbain (PMU) reported revenue of €144m over the first six months of 2013, a 4.8% rise over the same period last year. The company’s fixed-odds sports betting channel increased its market share to 25.6% from 23.5%, while its Bwin.party-powered online poker product boosted its share of the struggling French poker market to 7.9% from 7.3%.

TEUFELBERGER TO BE CHARGED IN FRENCH COURT
Speaking of Bwin.party, the 2006 arrest in La Turbie, France of then Bwin CEO Norbert Teufelberger (pictured above) and fellow Bwin exec Manfred Bodner is finally approaching its endgame. Teufelberger and Bodner were holding a press conference to announce Bwin’s sponsorship of French footie team AS Monaco when the pair was unceremoniously detained by French authorities over the company’s dealings with French punters while the market was still under the duopoly control of PMU and Française des Jeux (FDJ). The two execs were held for three days before being released on €300k bail, and the case has remained in limbo ever since.

Now public prosecutors say they are prepared to bring formal criminal charges against the execs in a Nanterre court on September 19. Bwin.party released a statement saying it didn’t regard this development as an issue as “we were of the view, and remain of the view, that we did not do anything wrong and we were compliant with EU law.” Teufelberger expressed similarly dismissive sentiments about Belgium’s online gambling legal environment prior to his being detained in Brussels in late 2012.

The timing of the French court date is unfortunate given Bwin.party’s pending pursuit of a New Jersey online gambling license. The Garden State is looking to launch its regulated online gambling market in November and the online companies that have partnered with Atlantic City casinos have until July 29 to submit their license applications. So Teufelberger and Bodner will be learning their legal fates right around the time that the New Jersey Division of Gaming Enforcement will be making suitability determinations. Could B-win B-lose points based on how the Nanterre court rules?