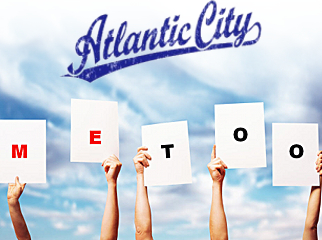 The New Jersey Division of Gaming Enforcement (DGE) has confirmed that all 12 Atlantic City casinos are seeking the right to offer online gambling in New Jersey’s soon to be launched regulated online market. Not long after the Trump Taj Mahal confirmed it had entered into an agreement with Ultimate Gaming, DGE spokesperson Lisa Spengler released a statement saying all 12 casinos had formally submitted their applications by this weekend’s deadline.

The DGE has yet to publicly disclose the identities of the casinos’ online dance partners, but those companies have until July 29 to submit their own applications for licensing. Spengler said that the DGE will “continue to consider proposals as received,” so laggards will still have a shot at operating on the Jersey shore, but they will almost certainly miss the expected mid- to late-November launch of the regulated online market. Not all observers are convinced the state’s timeline is achievable, but the state has the option to extend the launch date if necessary.

It’s not known whether online poker giant PokerStars is among the companies that have reached agreements with AC’s casinos. PokerStars was under the impression that it had a deal with the Atlantic Club Casino Hotel late last year – and the $11m that went missing from Stars’ bank accounts gave them ample reason to believe that to be the case – only to watch that deal unravel in spectacular fashion this spring. Stars took the Atlantic Club to court to force them to stick to the deal Stars believed they’d agreed to, but on May 17, New Jersey Superior Court Judge Raymond Batten gave the Atlantic Club permission to walk away.

Last month, Stars appealed the Court’s decision, arguing that Batten had (a) “misconstrued” the timeline specified in the contract and (b) improperly considered testimony from witnesses that was never formally introduced as evidence. On Monday, Stars lost the interlocutory phase of the appeal after a New Jersey appellate court upheld the lower court’s decision to lift the temporary restraining order, meaning Stars can’t prevent the Atlantic Club from seeking another buyer. While the broader appeal is still in play, Atlantic Club COO Michael Frawley was nevertheless “obviously very pleased” with the ruling.