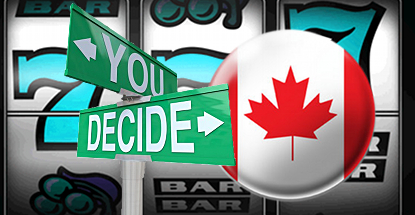 Internationally licensed online gambling sites doing business with Canadian customers are breathing a little easier now that the Canadian government has clarified its proposed changes to regulations governing online casinos. In February, the ruling Conservative government dropped its 2014 federal budget, which contained a proposal to update regulations to deal with virtual currencies such as Bitcoin, but also to “make online casinos subject to the Proceeds of Crime (Money Laundering) and Terrorist Financing Act (PCTFA).”

The lack of specifics left observers wondering if the proposed changes would apply purely to online gambling sites operated by Canada’s provincial lottery corporations or whether the government was planning broader reforms that presaged a crackdown on internationally licensed operators serving Canadian customers and/or online sites run by Canadian First Nations bands. The CEOs of several provincial lottery monopolies have made very public protestations regarding their inability to compete with internationally licensed operators, who aren’t limited by existing Canadian laws preventing the monopolies from offering single-game sports wagers.

The Canadian government has since issued the full text of its proposed changes, which state that Paragraph 5(k) of the PCTFA has been amended to apply specifically to “the government of a province that, in accordance with paragraph 207(1)(a) of the Criminal Code, conducts and manages a lottery scheme, other than bingo or the sale of lottery tickets, that is accessible to the public through the Internet or other digital network.” (Hat-tip to Canadian gaming lawyer Stuart Hoegner (@GamingCounsel) for spotting the update.)

The provincial monopolies currently operating online sites – British Columbia, Quebec, Manitoba and (soon) Ontario – will likely protest that they are being unfairly burdened by further oversight, but considering the British Columbia Lottery Corporation has repeatedly been called out for dodgy anti-money laundering (AML) practices at its brick-and-mortar casinos – and BCLC has spent well over $500k of taxpayer funds fighting freedom of information requests regarding its AML lapses – they may only have themselves to blame.

The Conservative government has come under fire for many of its approaches to the internet, including the pending Digital Privacy Act (Bill S-4), the broad wording of which has online privacy watchdogs warning that internet service providers will have carte blanche to share Canadians’ personal data with third parties. But, for the moment at least, the government should be applauded for preserving the rights of Canadian gamblers to choose for themselves where they wish to wager online.