Bet365 a hit with UK pols, not so much with Atlantic Lottery Corporation CEO 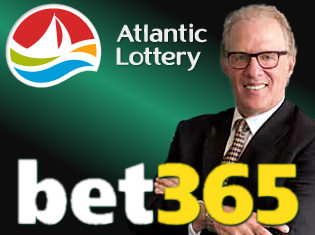 The online gambling website of UK bookmakers Bet365 is a hit with the country’s politicians, attracting nearly 17k visits from parliamentary computers in just one month. The figures, released under Freedom of Information Act guidelines, showed members of parliament and their staffers accessed a variety of online betting sites nearly 700k times over the past year, an average of 1.3 times every single minute. The figures even showed dips in visits to gambling sites during periods when the House of Commons is in recess. A House spokesperson attempted to blunt criticism of parliamentarians’ gambling ways by telling the Telegraph that the figures were likely skewed by clicking on spam and thus were “not a reliable guide to the level of usage within the House.”

While Bet365 is a clear hit with UK government types, that opinion isn’t shared by Brent Scrimshaw (pictured), CEO of the Atlantic Lottery Corporation (ALC), the gambling operator owned and operated by Canada’s four maritime provincial governments. On Tuesday, Scrimshaw appeared before the Crown corporations committee of the New Brunswick legislature, and Bet365 was singled out as an example of the international online gambling companies Scrimshaw claims cost the ALC $64m in lost profits last year.

Scrimshaw told committee members that his blood boiled when he attended a recent Canadian Football League game in Moncton, at which the Bet365 logo was “painted on the field and displayed on the sidelines, and marketing teams worked the crowd.” The CFL has struck marketing deals with Bet365 and other online gambling firms for years now, which really shouldn’t have been so surprising for Scrimshaw, who previously served as the league’s chief marketing officer.

Scrimshaw chastised these “offshore, unregulated and illegal sites,” ignoring the fact that these sites are neither unregulated nor illegal, not to mention the fact that a good portion of the four ALC provinces – Prince Edward Island and the Newfoundland half of Newfoundland and Labrador – are islands, and thus technically offshore from the rest of Canada. Scrimshaw wasn’t through with the invective, saying Bet365 and its ilk “do not operate with responsible gaming as part of their DNA.” Scrimshaw clearly believes that the best defense is a good offense, and his efforts to demonize Bet365 et al might just stem from the need to find a scapegoat for the ALC’s laggard online performance.

In 2012, ALC invested $8.7m of taxpayer funds into GeoSweep, the geo-location lottery developed by UK firm Geonomics (formerly Roboreus). But the game was shut down by ALC just one year after its Canadian debut once it was determined that, um, nobody was playing it. GeoSweep’s Maritime failure is believed to have contributed to the ALC’s decision to fire 16 sales and marketing staff shortly before last Christmas.

GeoSweep was the spearhead of the ALC’s plan to enter the digital age, despite the fact that GeoSweep was an abject failure in its home market long before the ALC pinpointed it as a good investment, suggesting that the ALC does not operate with common sense as part of its DNA. Scrimshaw told the committee that GeoSweep’s developers are retooling the product for the UK market, and depending how it performs, the ALC may consider giving it another chance. After all, it’s not their money…