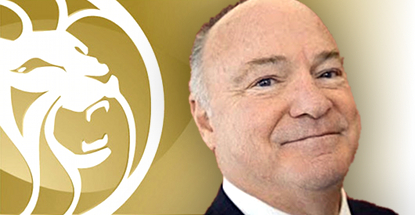 Casino operator MGM Resorts has asked Massachusetts gaming regulators to delay their decision on whether to award MGM the sole casino license up for grabs in the western portion of the state. MGM has the inside track on building a casino in Springfield, an effort that has cost the casino firm an estimated $45m. Should gaming regulators proceed with their plan to issue the license by June, MGM would be contractually obligated to fork over around $200m in license fees, payments and deposits – $85m of which is nonrefundable – over the ensuing 90 days.

Trouble is, the state Supreme Judicial Court has yet to rule on an appeal by anti-casino activists seeking to hold a referendum in November on the state’s 2011 casino legislation. The Repeal the Casino Deal side had amassed more than enough signatures to make the issue a ballot initiative but this was rejected last fall by state Attorney General Martha Coakley on constitutional grounds. The Repeal group have appealed Coakley’s ruling to the Court, which is expected to issue a ruling on the appeal in July.

In an appeal to the Massachusetts Gaming Commission (MGC), MGM argues that it shouldn’t have to ante up the $200m until the Court offers some clarity on whether MGM will be allowed to actually build its $800m casino. Michael Mathis, president of MGM’s local subsidiary MGM Springfield, suggested the MGC issue MGM a provisional license that would ensure MGM’s primacy in western Massachusetts while allowing it wiggle room in case the Repeal side gets its way. The MGC has yet to rule on MGM’s request.

BOSTON MAYOR TELLS CROSBY TO STEP ASIDE
Meanwhile, the controversy over MGC chairman Stephen Crosby’s role in deciding who gets awarded the sole casino license for the Boston area got new life this week when the city’s mayor suggested Crosby (pictured) recuse himself from the process. In December, Crosby was sued by Caesars Entertainment for allegedly interfering with their casino bid in order to favor a rival bid by Wynn Resorts, which has proposed building on land owned by Crosby’s former business partner.

On Thursday, the MGC received a letter from city attorney Elizabeth Dello Russo urging Crosby to step away from the controls, in part because of the optics of the claims made in Caesars’ lawsuit but also because of “prejudicial” statements Crosby has made regarding Boston’s host community status. The East Boston and Charlestown areas of the city border the suburban properties on which Wynn and Mohegan Sun have proposed erecting their gaming facilities. Last month, Mayor Martin J. Walsh suggested the potential impact on these Boston areas by the casinos warrants holding votes on their desirability.

The MGC has proposed addressing the Mayor’s concerns at its May 1 meeting but Dello Russo’s letter says the MGC has been less than helpful, offering only to engage in “various unfair processes” to resolve the issue. Taken together with the Caesars lawsuit, Dello Russo argues that the effect has been to “create a cloud over the proceedings when Chairman Crosby participates.”