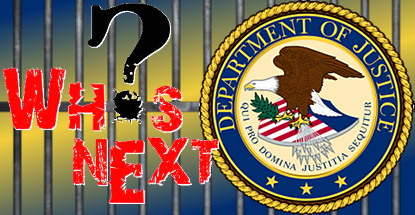 Michelle Lasso, who pled guilty in October to money laundering charges in connection with the Legends Sports online sports betting operation, has been ordered deported to her native Panama. Lasso was among the 34 individuals charged with illegal gambling activities last April, which ultimately led to the demise of the longstanding Legends Sports operation after Panamanian authorities revoked Legends’ license.

In sentencing the 30-year-old Lasso to two years probation and a $25k fine, US District Court Judge Mae D’Agostino noted that Lasso had helped federal authorities recover $7m in laundered funds and had spent the past year under house arrest. Nonetheless, D’Agostino said the conspiracy couldn’t have operated without the help of Lasso, who holds a master’s degree in financial markets, so shame shame on you. Phillip Gurian, the acknowledged head of the Legends operation, pled guilty to conspiracy to money laundering in October and will be sentenced by the same judge on April 15.

PHILLY BOOKIE PLEADS GUILTY TO MULTI-MILLION DOLLAR OPERATION
Tuesday saw a similar guilty plea entered by Leonard Stango, a 66-year-old Philadelphia resident who admitted to hiding over $5m in illegal sports betting transactions from financial watchdogs. Stango, who was indicted in January, appeared in federal court on Tuesday to admit to filing false tax returns and aggravated structuring of financial transactions. Stango admitted processing over 200 checks worth more than $5m between 2006 and 2009, making hundreds of transactions in order to stay under the $10k federal reporting threshold. Stango is looking at a maximum sentence of 22 years, a $900k fine and forfeiture of his illegal betting proceeds when he’s sentenced on July 1.

NEW YORK BUSTS ‘LARGEST BOOKIE IN ONEONTA’
On Friday, the New York State Department of Financial Services’ Criminal Investigations Unit and the Otsego County Sheriff’s department arrested alleged bookie John Nelson ‘Chappy’ Chapman following an eight-month investigation. When police served their no-knock search warrant on Friday, the 50-year-old Chapman was found to be in possession of numerous records of sports bets, as well as over $41k in cash and money orders. Chapman is facing charges of promoting gambling, possessing gambling records and money laundering. If convicted on all counts, Chapman faces up to 12 years in stripes. Police have described Chapman as the largest bookie in Oneonta, a city in the southern part of the state.

NEW JERSEY’S SPORTS BETTING QUEST A WINNER FOR LAW FIRM
While the above efforts to provide sports betting options to American punters haven’t proved profitable for the defendants, the law firm representing New Jersey’s legal sports betting quest has been cashing winner after winner. According to documents recently obtained by the Star-Ledger, New Jersey paid $3.1m last year to the law firm of Gibson Dunn Crutcher, whose legal eagle ranks include Theodore Olson, the former US Solicitor General leading the state’s fight to offer Nevada-style single-game sports betting at Atlantic City casinos. The firm will earn even more if the US Supreme Court agrees to hear the state’s last-ditch appeal of its so far unsuccessful quest. Good work if you can get it…