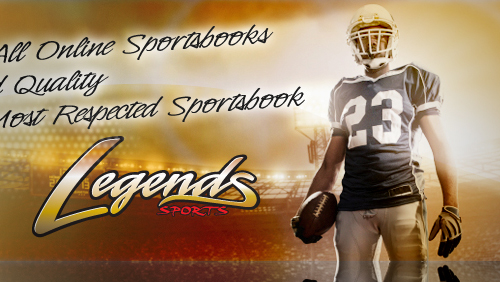 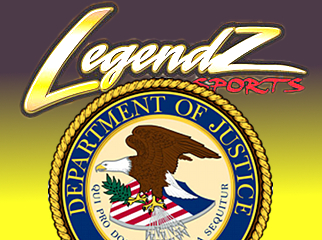 The US Department of Justice has unsealed indictments against 34 individuals and 23 companies connected to online sports betting operator Legendz Sports (aka Legends Sports). The indictment (read it here) was unsealed in Oklahoma City on Wednesday by Acting Assistant Attorney General Mythili Raman and US Attorney for the Western District of Oklahoma Sanford C. Coats. Eight of the indicted individuals are listed as Oklahoma residents. (Ironically, it was just last week that Oklahoma inked a new gaming compact with the Cheyenne & Arapaho Tribes to allow them to operate a real-money online gambling site directed at non-US residents.)

The indictments allege the individuals are guilty of offering online and telephone sports betting services from Costa Rica and Panama to a player base consisting almost exclusively of US residents. The 23 companies are accused of helping to move money between gamblers and the Legendz site. Thirteen individuals are listed as US-based ‘agents,’ four are listed as ‘runners’ and five as ‘bookies.’ The remaining individuals are considered top execs or payment processing figures.

The indictment accuses Legendz of offering players both ‘post-up’ and credit betting options, resulting in the site’s principals earning profits of over $1b since 2003. The defendants are accused of racketeering, money laundering, conspiring to commit money laundering and operating an illegal gambling business. Depending on which charges stick, sentences could range anywhere from five to 20 years.

The DoJ is also seeking forfeiture of “at least $1b” traceable to assets including bank accounts and other financial holdings, real estate, vehicles (including a 2009 Maserati Quattroporte Sedan and a 1969 Mustang) and a Sabreliner aircraft. The indictment cites 22 domains connected with the Legendz operation, including BetJamaica.com and OlympicSports.com, but seeks the forfeiture of just six, all of them .com addresses. The BetLegends.eu site appears to be working just fine. The fact that no .com domains were seized in today’s action suggests it’s business as usual (more or less) for the operation.

The indictment contains numerous mentions of email correspondence and telephone communications dating back to 2006, along with specifics on the contents of these communications, indicating the feds have had Legendz in their sites for nearly a decade. The indictment also cites a multitude of financial transactions involving banks, credit card companies, Western Union wires and MoneyGrams. There’s also a reference to a defendant disposing of “a trash bag full of money wrappers believed to have contained cash proceeds derived from gambling activity.”

Jim Finch, a member of the Oklahoma branch of the Federal Bureau of Investigation, said individuals “cannot skirt the laws of the United States by setting up illegal internet gambling operations in a foreign country while living in the United States and enjoying all the benefits of US citizens.” US Attorney Coats thanked the Internal Revenue Service (IRS), the US Marshalls Service and the Immigration and Customs Enforcement (ICE) Homeland Security Investigations for assisting the investigation.

Meanwhile, an apparently separate sports betting bust has resulted in four arrests in Florida and five arrests in New York. Among the New York arrests are two prison guards at Albany County jail who appear to have been acting as bookies for inmates. The Times Union reported that the three-year-old investigation involved the FBI, the Internal Revenue Service, the Albany County sheriff’s department and the Broward County, Florida district attorney. The arrested individuals, who appear to have been running an online credit betting operation, have been charged with various offenses, including money laundering, transmission of wagering information and enterprise corruption, the state equivalent of federal racketeering charges.

UPDATE: The website used by the above operation has been identified as BigOnSports.com. Like the Legendz sites, it appears to be still operational.