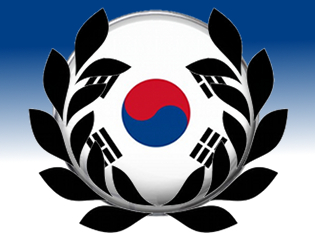 Casino operator Caesars Entertainment is in for a sleepless weekend after South Korean officials unexpectedly delayed a decision on whether to approve Caesars’ bid to build a resort casino on Yeongjong Island. Caesars had teamed with Indonesia’s Lippo Group on the bid, which envisions a facility in the island’s free economic zone near Incheon International Airport. The pair’s previous joint bid was rejected in June over concerns that Caesars’ industry-high debt load might imperil the company’s ability to see the project through to completion.

South Korea’s Ministry of Culture, Sports and Tourism had scheduled a press conference for Thursday to reveal whether Caesars’ second effort had met with any more success, but media members received text messages cancelling the presser just hours before it was to occur. The Korea Times quoted tourism development planning division chief Ahn Shin-young saying the delay was due to “some procedures that we need to check with the bidders.” Ahn promised more info at a new press conference tentatively scheduled for Monday, March 3.

If approved, Caesars’ South Korean casino hopes to open in 2022 offering 100 gaming tables, 150 slot machines, 600 hotel rooms and other non-gaming amenities. Various estimates have put the project’s price tag at between $2b and $3.7b. Having passed on the opportunity to invest in Macau when it still had the chance, the debt-laden Caesars is now beyond desperate to obtain a foothold pretty much anywhere in Asia. Speaking at this week’s CLSA Asia-Pacific Markets conference in Tokyo, Caesars president for international development Steven Tight said the company was holding informal talks with “at least 30” Japanese firms about possible joint ventures in Japan’s promising casino market.

Genting Singapore has already inked its own South Korean casino deal, vowing to spend $2.2b building Resorts World Jeju on Jeju island, already a popular destination with Chinese tourists. Analysts at Fitch Ratings have weighed in with their verdict on Genting’s plans, which they believe will help ‘moderately diversify’ the company’s business. Genting Singapore is currently wholly dependent on its Resorts World Sentosa property, which showed signs of peaking in 2013 after setting a torrid revenue pace since its 2010 launch.

Meanwhile, diversification of another sort has led South Korean prosecutors to declare a new front in their war on online gambling. The Korea Herald quoted Supreme Prosecutors Office (SPO) official Yun Gap-guen saying the country’s so-called “third generation organized gangs” had broadened their activities in recent years to include online gambling, which warranted a fresh approach to stamping them out. Prosecutors plan to work with experienced financial crime investigators in order to choke off the supply of funds to the gangs’ online sites. South Korean nationals are routinely arrested in other Asian countries running sites catering to their home territory.