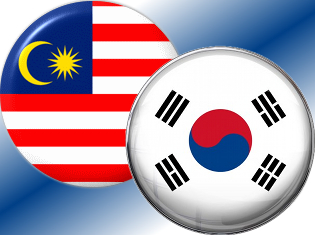 Like an aging starlet who’s just realized her best days are behind her, South Korea has decided it can’t afford to be too picky in its pursuit of international casino firms. Although the country has been anything but shy in expressing its desire to host integrated resort casinos in its free economic zones (FEZ), the only project actually in development is the joint venture of local casino operator Paradise Co. and Japan’s Sega Sammy Holdings being built in the FEZ near the Incheon airport and set to open in 2017.

Two other proposals – one a joint venture of Caesars Entertainment and Indonesia’s Lippo Group and the other by Japan’s Universal Entertainment – were both rejected in June. The government declined to publicly state its reasons for the dual rebuff, but concerns over whether the debt-laden Caesars would survive to see the project through to completion reportedly scuppered its bid.

In October, the government was still upholding its high standards, insisting that only “qualified” companies need apply for its casino licenses. But this week saw an unidentified government official tell the Korea Herald that the government now believes it may have erred by putting out the ‘no riff raft’ signs. The official said the government was “considering easing the bidding standards after receiving complaints that it is too difficult to meet the criteria of BBB credit ratings.”

Emboldened, the rejected suitors have already resumed their positions underneath South Korea’s balcony. Caesars and Lippo reportedly made a fresh pitch in December, promising to spend $2b on a 330k-square-meter project in the Yeongjongdo FEZ near Incheon. Not to be outdone, Universal got out its checkbook last week and bought property in Yeongjongdo to demonstrate its good intentions. That same week, American banking outfit PNC Financial Services handed the government a letter of intent for a $6.5b resort casino project, although who would run PNC’s gaming operation remains a mystery.

The government expects to formalize a new set of criteria sometime this month, but we can already imagine something along the lines of a payday lender commercial. Bad credit? No problem! Bank turned you down? Don’t sweat it! You once shot a man in Reno just to watch him die? Who hasn’t? Come on down!

BERJAYA DISMISSES MALAYSIA CASINO SPECULATION
Tired of the rumors that it was pursuing Malaysia’s second resort casino, Berjaya Assets Bhd has formally denied that it ever had any intention of setting up a gaming joint in the state of Johor. Another subsidiary of the Berjaya conglomerate runs the country’s sports lottery, but reports in local media outlets The Edge Financial Daily and The Edge Weekly had Berjaya’s property division looking to end Genting’s casino monopoly by building a casino in Johor across the border from Singapore.

On Friday, Berjaya’s board announced that it “would like to formally state that there is no truth to the speculation.” The board also characterized The Edge’s reports as mischievous and designed to sensationalize and the company was “seeking legal counsel on the possibility of taking action against the respective publications.”