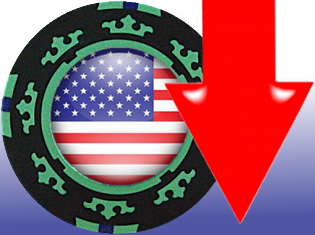 Nebraska state Sen. Russ Karpisek is fed up with watching his fellow cornhuskers traveling to neighboring states in order to gamble at casinos. Karpisek has proposed amending the state constitution to permit construction of casinos in Nebraska to complement its existing keno, horseracing and lottery gambling sectors. “We’re giving so much of this money to other states? Why not save it for ourselves?”

Karpisek may not be aware of this, but there’s a lot less casino money going around these days. Atlantic City’s annual revenue has declined for seven straight years, while Pennsylvania just recorded its first ever annual slowdown. Even the casinos in mighty Nevada, which saw revenue essentially flat in 2013, managed to lose a combined $1.35b last year.

In Connecticut, the state’s two tribal casinos reported a combined 6.9% drop in slots revenue in 2013. The Mohegan Sun’s slots revenue fell 5.9% to $614.4m while Foxwoods’ slot tally was down 8% to $530.5m. Foxwoods had a particularly brutal December, with slots revenue down nearly 15% to $37.6m, its lowest monthly total of the year.

Over in Detroit, the city’s three casinos reported total revenue of $1.35b in 2013, down 4.75% from 2012. The shortfall represents the largest annual decrease since the city’s first gaming joint opened in 1999 and means the economically flailing city can expect even less support via casino tax revenue. Detroit declared bankruptcy in July, citing over $18b in liabilities and the bureaucrats trying to sort out the city’s troubled books have cited casinos as the city’s most dependable source of income. The MGM Grand captured 42% of Detroit’s casino revenue, followed by IH Gaming’s MotorCity with 33.7% and Rock Gaming’s Greektown with 24.3%.

Analysts have pinned at least part of the blame for Detroit’s shortcomings on casinos in neighboring Ohio, but things aren’t exactly blooming there, neither. Casino revenue dropped in each of the last two fiscal quarters of 2013 — down 0.5% in Q3 and down 2% in Q4 – the first such drops following five consecutive quarters of revenue growth, suggesting the state’s four casinos have already lost their ability to ‘wow’ the locals.

Competition from Ohio is also being blamed for shortcomings in Indiana, where the state’s share of casino revenue has fallen every year since 2009. Indiana’s 13 gaming joints – including 10 riverboat casinos, one brick-and-mortar casino and two racinos – earned the state $752m last year compared to $876m in 2009, a year in which the entire country was in the depths of the financial recession. Casino Association of Indiana president Mike Smith acknowledged that it was “taking a lot longer for us to get back to where we were.”

Despite this virtually unending litany of land-based casino woe, there’s no shortage of new casinos planned for Massachusetts, Maryland and New York, with possible additional facilities in Florida and now Kentucky and Virginia looking to join the casino fun. So, c’mon in, Nebraska… the water’s fine, although you may want to avoid any deep dives, as the level in the pool has been drained somewhat.