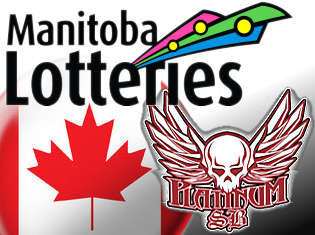 The Manitoba government’s fledgling online gambling site has generated only a fraction of the revenue it had originally projected and the province is blaming the poor performance on competition from internationally-licensed operators. Manitoba’s site launched on Jan. 23, 2013 as an offshoot of the British Columbia Lottery Corporation’s PlayNow.com, which became the first Canadian provincial lottery monopoly to take its action online in July 2010. Manitoba Liquor and Lotteries had projected a net return to the province of $1.5m in the site’s first year of operation, but has actually netted just $300k on total revenue of $1.8m in the six months ending Sept. 30.

The Manitoba government has said it expects the site to earn $17m per year by 2018, but lottery official Andrea Kowal said revenue expectations will need to be scaled back, at least for the next couple years. Kowal acknowledged that delays in launching online bingo games and lottery ticket sales have limited the site’s appeal, but struck a positive note by focusing on the number of registered customers having risen from 4k to 9k in the past six months.

As with her counterparts in British Columbia and Canada’s Maritime provinces, Kowal believes the Manitoba site’s underwhelming performance is in part due to Manitobans having the option of playing with internationally-licensed operators, most of whom – unlike the provincial monopolies – are used to having to operate in a competitive environment. With the current lineup of provincial monopoly sites struggling and Ontario’s PlayOLG site set to launch this year, Calvin Ayre’s prediction of an looming law enforcement crackdown on Canadian-facing international sites appears ever more likely.

PLATINUM SPORTS BOOK CUSTOMER SENTENCED FOR BANK FRAUD
The demonization of international sites by provincial lottery monopolies got a boost last week via the court appearance of a former customer of Platinum Sports Book, the online credit betting site that was the subject of a massive police operation on Feb. 5, 2013. On Friday, former TD Bank employee Andrew Ramdass was handed a three-and-a-half year sentence for pilfering nearly $3m from his employer, all of which he blew wagering on the PlatinumSB site. Between September 2011 and April 2012, Ramdass fraudulently accessed over a dozen bank customers’ unused lines of credit, using the ill-gotten gains to wager (unsuccessfully, as it turned out) on hockey and basketball games. The bank covered the losses so no customers were affected.