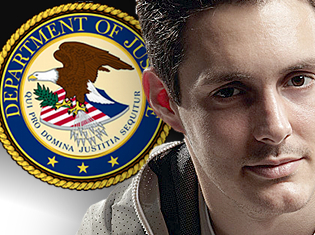 As predicted, two more guilty pleas have been entered in the US Department of Justice’s prosecution of a bicoastal poker and sports betting ring. Edwin Ting and poker pro Justin Smith (pictured right) appeared in a Manhattan federal court on Wednesday to atone for their roles in the illegal gambling operation, which the US Attorney for the Southern District of New York brought down in April.

Ting pled guilty to conducting an illegal gambling business, specifically, running high-stakes illegal poker games in New York between 2010 and 2013, at which the pots “frequently reached tens of thousands of dollars or more.” Ting agreed to forfeit $2m and faces up to five years in prison and three years of supervised release when he’s sentenced by Judge Jesse M. Furman on Jan. 7, 2014.

Smith pled guilty to accepting a financial instrument in connection with illegal internet gambling, specifically, an online sportsbook. US Attorney Preet Bharara (of Black Friday fame) said Smith aided co-accused Hillel Nahmad, Illya Trincher and others in operating the illegal sportsbook “that catered to millionaires and billionaires” who placed wagers totaling “tens of millions of dollars” annually through various online sites. Smith, who will also be sentenced on Jan. 7, faces the same maximum prison term as Ting, but was required to forfeit a comparatively small $500k.