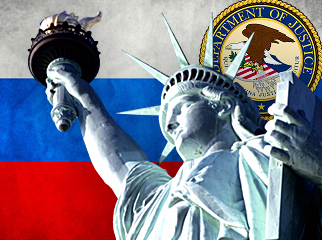 An alleged Russian mobster previously indicted for bribing Olympic figure skating judges has been indicted anew by US federal authorities for running illegal poker and sports betting operations. Alimzhan ‘Taiwanchik’ Tokhtakhounov was one of 34 individuals indicted on Tuesday by the US Attorney for the Southern District of New York on charges of racketeering, money laundering, extortion, running an illegal sports betting business plus UIGEA and Wire Act violations. Prosecutors are seeking forfeitures of “at least $50m” including multiple real estate properties in New York and Florida. The full indictment is available here.

Tokhtakhounov and fellow defendant Vadim Trincher are accused of running an illegal credit betting business since 2006 that “catered almost exclusively” to Russian oligarchs around the globe. The ‘Taiwanchik-Trincher Organization’ allegedly funneled over $50m in sports gambling proceeds through shell companies in Cyprus into shell companies in the US and other investments. A JPMorgan Chase Bank branch manager is accused of assisting the group in moving money around. The group also allegedly weren’t above the use of force to compel bettors to pay up when their wagers didn’t pay off.

Among the other figures indicted was Hillel ‘Helly’ Nahmad, son of billionaire art dealer David Nahmad. The junior Nahmad runs an eponymous art gallery in Manhattan’s ritzy Carlyle Hotel and is accused – along with Vadim Trincher’s son Illya – of catering to a wealthy bicoastal gambling clientele including Wall Street financial figures, Hollywood celebrities and professional athletes and poker players. The ‘Nahmad-Trincher Organization’ is accused of using US-facing online gambling websites to process wagers on behalf of their clients.

The proceeds of this business were allegedly laundered through a plumbing company in the Bronx, in which the organization had taken a 50% interest “as repayment of a gambling debt” totaling more than $2m. The gambler/plumber, identified as ‘Client-3’ in the indictment, appears to be the source of much of the prosecutors’ information on the betting ring. Other funds were laundered through a New York real estate company, a car repair shop and a company that sold used cars online.

Nahmad and defendant Nicholas Hirsch are also accused of fraud over the sale of a piece of artwork they claimed was worth $300k but turned out to be worth substantially less. The indictment doesn’t make it clear whether the defendants were attempting to save some money by paying off a winning bettor with a piece of art.

Among the other names listed on the indictment are Abe Mosseri, who earned a World Series of Poker bracelet in 2009, and Molly Bloom, who previously admitted to running high-stakes poker games for Hollywood celebrities including actors Tobey Maguire, Leonardo Dicaprio and Matt Damon, star of seminal poker film Rounders. Sadly, Tuesday’s indictments aren’t a stunt to promote the filming of the sequel to Rounders. There are a lot of colorful nicknames listed on the indictment, but none carries the name of John Malkovich’s character Teddy KGB.

On Saturday, Russia’s Foreign Ministry published a list of 18 individuals who were no longer welcome in Mother Russia. Bharara made the grade due to his office having led the prosecution of arms dealer Viktor Bout, upon whose life the Nicholas Cage film Lord of War was loosely based. Russia’s list was a response to a list issued by the US government barring two-dozen Russian nationals from entering America.

Russian Foreign Ministry spokesperson Aleksandr Lukashevich said the “war of lists” waged by “Russophobically inclined US congressmen” was regrettable, but Russia couldn’t “leave this open blackmail unanswered.” Russia views prosecutions such as Bout’s as having violated the rights of its citizens abroad. No doubt some US poker players had time yesterday to reflect on how their own rights have been infringed over the past couple years.