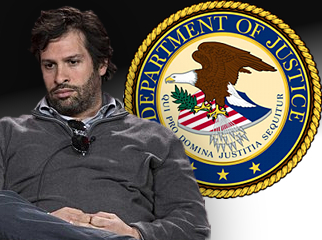 The April 2013 bust of an alleged Russian mob-led online sports betting and high-stakes poker ring has generated its first guilty plea. Hollywood producer Bryan Zuriff (pictured right), whose credits include the new Showtime series Ray Donovan, was one of 34 individuals charged with multiple gambling-related felonies by US Attorney for the Southern District of New York Preet Bharara, the US lawman who became well known in the gambling community following his office’s indictments of online poker companies on April 15, 2011 aka Black Friday.

Zuriff was originally charged with operating an illegal sports gambling business, transmission of sports wagering information across state lines and acceptance of financial instruments for unlawful internet gambling, On Thursday, Zuriff pleaded guilty in a Manhattan federal court to the latter charge, for which he could face up to five years in stripes, in addition to the $500k he has already agreed to forfeit under the terms of his plea agreement. Sentence will be passed on Nov. 25 by Judge Jesse M. Furman. Ironically, Ray Donovan stars Liev Schreiber as a ‘fixer’ employed by Hollywood’s rich and famous to make scandals disappear. So, um, life doesn’t imitate art?

In a statement released Friday, Bharara stated that Zuriff had “spanned the coasts with his crimes,” running his own illegal sportsbook in Los Angeles and assisting the “vast” operation in New York run by Hillel Nahmad, Illya Trincher and others. Bharara said Zuriff would not be the last conviction “in this sprawling script of criminal conduct.”

Speaking of scripts, Zuriff also shared production credits on 2011 feature film The Details, which starred one Tobey Maguire. The actor’s name has been bandied about as one of the high-profile celebrity names who participated in high-stakes poker games arranged by ‘poker madam’ Molly Bloom, another of the 34 indicted individuals. Bloom is reportedly writing a book about her experiences with Hollywood’s A-list. Perhaps Zuriff could produce the film adaptation, assuming he’s allowed to invite other Hollywood players to ‘do lunch’ in New York federal prison. Given his history, what are the odds Zuriff can convince Maguire to play himself?