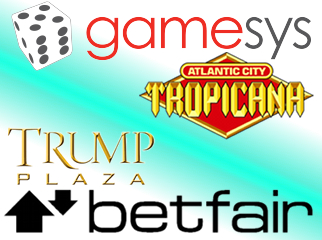 UK betting exchange Betfair has struck a partnership with Atlantic City’s Trump Plaza casino to offer online gambling to New Jersey residents. The deal would see Betfair provide the Plaza with an online gambling platform along with third-party poker and casino software. Sources told eGamingReview that the poker software would come courtesy of Amaya Gaming’s Ongame product, while the casino content would be provided by the GameAccount Network. The brand under which these four horsemen will operate their New Jersey online offering has yet to be announced.

The deal is the second this week for AC’s Trump-branded properties. On Monday, the Trump Taj Mahal announced a tie-up with Ultimate Gaming, the Fertitta Interactive subsidiary that became the first Nevada-licensed online poker operator to offer real-money play in the US this April. Betfair already has a presence in New Jersey via its TVG subsidiary, which won the right to manage the state’s online and telephone horse betting operations earlier this year.

Previously announced deals have paired the Borgata with Bwin.party digital entertainment, the Golden Nugget with Bally Technologies, and Caesars’ four properties with 888 Holdings. Since the New Jersey Division of Gaming Enforcement has stated that all 12 AC casinos had filed to offer online gambling, Thursday’s revelations leaves just three casinos unaccounted for: Revel, the Atlantic Club and Resorts Atlantic City.

There’s been no hint as to which company Revel might have lined up, although whoever they are, they likely have a high risk tolerance, given Revel has only just emerged from bankruptcy protection. The Atlantic Club infamously spurned PokerStars’ advances and has yet to reveal a rebound relationship. Resorts is managed by the Mohegan Tribal Gaming Authority, which has free-play deals with Bally and Amaya for its Mohegan Sun casino in Connecticut. Smoke? Fire? Stay tuned…