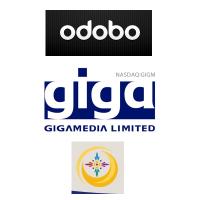 Odobo has launched a new HTML5 game developer program and platform specifically aimed at the regulated online gambling industry. The new firm is the brainchild of gaming industry veteran of 12 years Ashley Lang who is trying to marry up regular gaming developers with the riches the gambling industry can bring. Game designers can take advantage of the Odobo Game Development Kit (GDK), which supports HTML5 game production based on random number generators and engines that are certified by industry-accredited third-party testing facilities. Odobo will then look after localization of the games and make sure all approved games are available in different currencies and languages. Once approved they are put into the company B2B’s app store, the Odobo marketplace, thus giving casino operators the opportunity to download games to use. Once games are live developers will be able to benefit from the help of Odobo’s own HTML5 development team. It’s all expected to go live in the new year and the Gibraltar-based firm is believed to be engaged in dialogue with a number of the jurisdiction’s gambling firms.

Asian online gambling software and services provider GigaMedia generated its first positive cash flow in 10 successive quarters in Q3 2012 as net income reached $5.9million. This was despite the company’s revenue dropping off by 8 percent compared with last year to $7.2million and the narrowing of their losses by a huge 67 percent had most to do with the reversal in fortunes. The firm also announced that Collin Hwang is replacing John Stringer as CEO with the latter exiting the role after less than a year in charge.

Mohegan Sun’s has chosen the Amaya Gaming Group-owned OnGame Network to power its online poker offering. The tribal casino plans to enter the online gambling marketplace by early 2013 when it will launch a play-money offering at the casino’s site. Mitchell Etess, Chief Executive Officer of the Mohegan Tribal Gaming Authority, commented: “We have been looking for the best possible fit for a poker partner for over 6 months. Mohegan Sun needs a provider who has outstanding regulatory experience and flexibility to offer intra-state play-for-free poker at first, and the technology to enable real money online poker when it is legalized. We are proud to announce that this partner is Ongame.”

Amaya buying the OnGame Network from Bwin.Party included a clause pertaining to gaming regulation in the USA and deals like this are likely to pump up the original price of the deal.