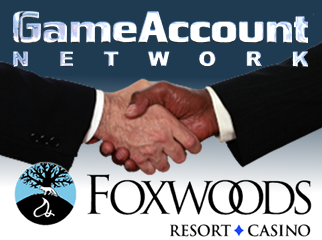 Connecticut’s Mashantucket Pequot Tribal Nation (MPTN), which owns and operates the Foxwoods Resort Casino, has inked an online gaming deal with UK outfit GameAccount Network. The deal, which was announced on Monday, will initially focus on a free-play online casino site while awaiting state legislators to come to their senses and authorize real-money online play. The deal is subject to approval by regulators, but the Tribe hopes to have the free-play site up and running this year. This isn’t the first time MPTN has attempted to take its action online. A year ago, MPTN struck a deal with online operator Sportingbet, but that deal was scuttled after Sportingbet became a takeover target of UK bookies William Hill and GVC Holdings.

The deal also contains a B2B provision that will allow the new JV partners to offer a turnkey online solution to potential customers – tribal or otherwise – in other states. MPTN chairman Rodney Butler said the tribe hoped to “take the same leadership position” that it has established in land-based casino gambling into the US regulated online gambling realm. The MPTN’s cross-state casino rivals at the Mohegan Sun inked a free-play online poker deal with Amaya Gaming’s OnGame network late last year.

GameAccount has previously entered the US online gaming market via a partnership with Australian slots outfit Aristocrat. Back in 2011, the two companies had teamed via their nLive free-play online casino, which is utilized by tribal and private land-based casinos including Maryland Live! and Michigan’s Soaring Eagle Casino. Aristocrat purchased total control of the nLive system in November.

GameAccount’s current online offering includes casino and skill games, with a mobile component and third-party game content from casino suppliers IGT and SHFL. GameAccount CEO Dermot Smurfit touted his company having been one of the first European-based outfits to establish a toehold in the US market and said they’d use their “specialist experience, expertise and technical functionality” to support their new strategic partner.