Home / Business / Playtech revenues up 16% in Q1 despite poker slide 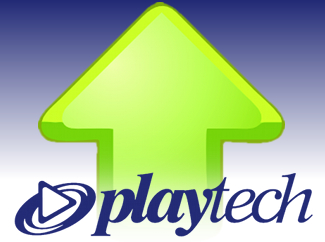 Playtech’s first quarter was an active one, including the addition of Betfair to the iPoker Network, inking a mobile live dealer casino deal with Betfred, another live dealer deal with Spain’s Casino Gran Madrid and the sweeping deal to revitalize UK bookies Ladbrokes’ stagnant online offering. Then there was the £424m payday from William Hill buying out Playtech’s minority stake in William Hill Online. Playtech CEO Mor Weizer said the company is still mulling whether to use the windfall to go on an acquisitions binge or to hand investors (like majority shareholder and convicted stock fraudster Teddy Sagi) a handsome dividend or a bit of both.

Playtech also announced it had inked a two-year extension on its deal with Finnish monopoly slots operator RAY. Playtech has been supplying RAY with online casino and poker products for both web and mobile since 2010 and Playtech COO Shay Segev said all concerned were pleased that the partnership “has remained strong and … will continue to see the relationship grow. RAY is a strategic Playtech partner, demonstrating our strong position in regulated markets.”

Meanwhile, Weizer provided City A.M. with the not-at-all vague statement that Playtech was in “certain discussions with various groups with regards to different types of partnerships in the US.” Which is all well and good, assuming certain American regulators in various states choose to overlook Playtech’s different types of partnerships in greyer-than-grey markets like Malaysia and China. While markets in Europe contribute two-thirds of Playtech’s overall revenue, its Asian operations now account for 28% of the company’s business, up from 24% a year ago.