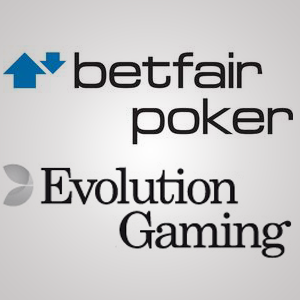 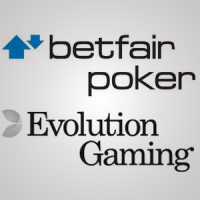 Two weeks after Betfair Poker migrated away from the Ongame Network, the wheels have officially been set in motion for the poker arm of the world’s largest online betting exchange to shift its network provider to the iPoker Network. The online poker outfit recently made a successful debut on the iPoker Network, signaling the start of a shift in operations that will include a transitional period of six months wherein both networks will be available for existing players. The transitional period means that the poker arm of Betfair will operate on both the iPoker Network and the Ongame Network for the next six months with a gradual phasing out of operations on the latter, at which time, Betfair will solely operate on the iPoker Network in the summer.

For now, existing players will still be able to play on their old accounts for the next six months whereas new players will only be able to join Betfair Poker’s iPoker platform. As soon as the transition phase is completed, Betfair Poker, or as it’s calling itself now, “New Betfair Poker” can now lay claim to belonging on iPoker’s Top Tier player pool, joining the likes of bet365 Poker, Paddy Power Poker, Titan Poker, William Hill, Winner, and Everest Poker in the fold.

Evolution Gaming has notched another feather in its cap with the launch of its 100th live casino at its Riga table studio complex in Latvia, effectively making it the largest single-site casino operation in Europe. No small achievement, whichever way you slice it. The rapid growth of Evolution’s live casino table comes in a year of what it describes as an “unprecedented interest in live casino” stemming from a increased demand from operators to being dedicated live casino tables in their establishments. In particular, the company’s Latvia-based staff has experienced rapid growth, inching closer and closer to hitting 1,000 heads with no signs of slowing down anytime soon. “We fully expect table and staff numbers to rise further as more and more operators choose to run their own dedicated tables out of our state-of-the-art studios,” said Evolution COO Svante Lilijevall.

While their 100th live casino table in Latvia is enough reason for the company to do high fives and chest bumps, Evolution is also taking the necessary steps to ensure that the continuous growth doesn’t experience any hiccups along the way. According to Lilijevall, the company is also expanding its training academy to provide regular training and assessments for both new and existing staff, ensuring that they have the best collection of live dealers working on their tables. After all, it takes more than just presentation for live dealers to work; these fine folks need to know what they’re doing too.