Just last month I noted the microscopic focus on every data point coming out of Macau, as analysts and investors try desperately to figure out where the gambling economy on the island is headed. Positive catalysts such as strong monthly results, or fearful news, like rumors of a crackdown on junket operators, can create or erase literally billions of dollars in market value in a single day. This roller coaster action makes the stocks tremendously volatile; as I noted in February, share prices of Macau-facing operators move two or three times as much, and as often, as those of the average company.

But if the future is uncertain, the past is known, at least for five of the six casino owners in the enclave. (Galaxy Entertainment (GXYEY.PK) has not released its 2012 annual report yet.) Like the rest of the news coming from Macau over the past few years, they show reasons for optimism; and reasons for skepticism as well. 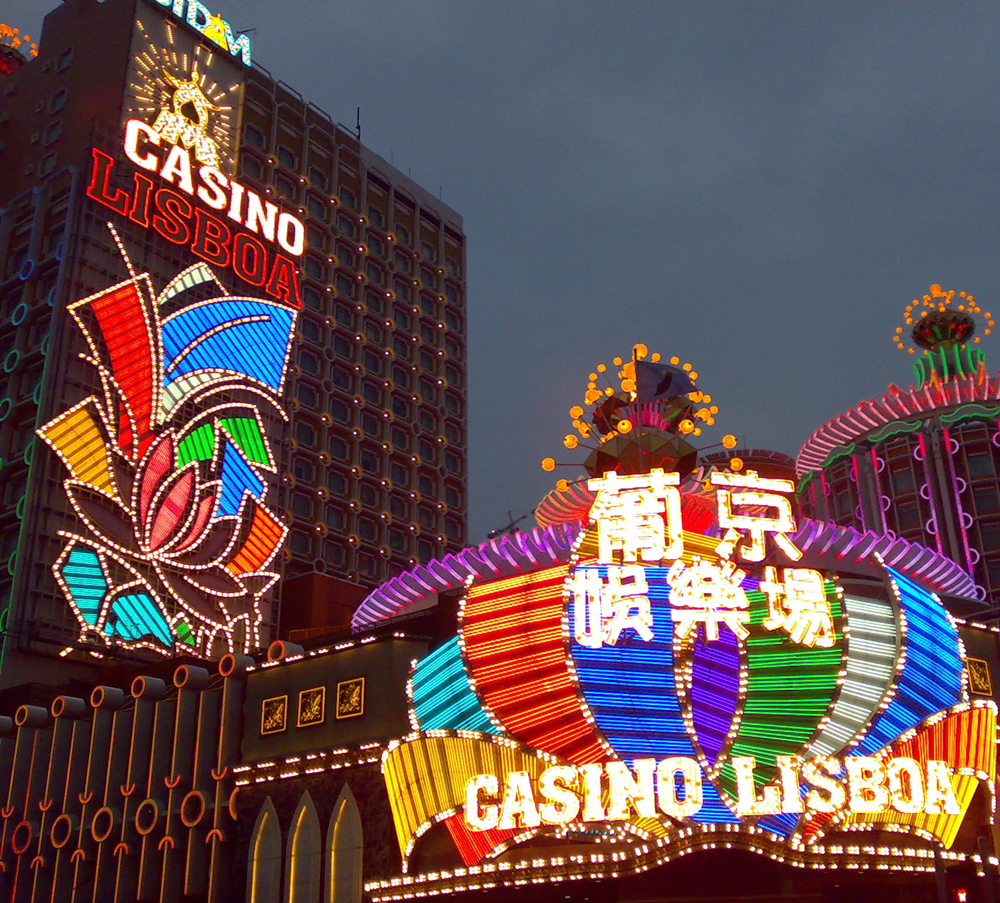 On the plus side, the word “record” was thrown around quite a bit. For Las Vegas Sands (LVS) – fighting Galaxy for the number two spot in market share behind SJM Holdings (SJMHF.PK) – the word appeared fourteen times in its year-end earnings release. Company-wide revenues, pre-tax income, and adjusted net income all reached new highs. Fourth quarter profits at both The Venetian Macao and the Four Seasons Macao both set quarterly records. Melco Crown Entertainment (MPEL) also posted all-time highs in quarterly and annual pre-tax income. Meanwhile, SJM hit the trifecta, with 2012 producing records for revenues along with pre- and after-tax profits.

Of course, creating a record in Macau is almost to be expected. Gambling revenue on the island, after all, hit a record itself for the year. The overall market has grown by more than ten times in a decade, and has unquestionably become the most lucrative and most important location in the gambling industry. But with growth rates expected to slow in 2013 – estimates seem to be hovering around a 10% increase year-over-year – and a return to the halcyon days of 2011’s stunning 42 percent increase doubtful at best, analysts are becoming more selective in their recommendations in the sector. The importance of market share seems likely to rise, as does the ability of companies to manage their costs. Booming investments and upgrades are fine in a booming market; a more mature market requires more cautious spending.

From this standpoint, there are a few worries in Macau, most notably for the American operators LVS, Wynn Resorts (WYNN), and MGM Resorts International (MGM). LVS’ revenue increased 18 percent year-over-year; but operating expenses rose nearly 24 percent, even when excluding impairment charges from land deals on the island and the closure of the ZAIA show at the Venetian. Even excluding pre-opening costs from the opening of the Sands Cotai Central, growth in expenses is exceeding revenue growth. It appears to be the Cotai Central itself that is driving this phenomenon; its margins were substantially lower than other Sands properties. The focus on the “mass market” through the Cotai operation has lowered short-term profit margins, with the company clearly hoping that it will provide a long-term boost. Mass market gamblers are, by one estimate, four times more profitable than their VIP counterparts, and Sands China – LVS’ majority-owned subsidiary that operates the Macau casinos – is clearly betting heavily on them. The Cotai Central received 35% of LVS’ total table allotment in the fourth quarter, yet those tables substantially underperformed those at other properties. According to the company’s earnings release, average win per unit per day was under $12,000, relative to over $18,000 at the Venetian (which retains a similar number of tables). Win did increase in the fourth quarter relative to the yearly average; but the increase at the other properties was actually bigger in percentage terms. Clearly, the Cotai Central is not yet running at full steam, but its improvement in 2013 will be a key driver for Las Vegas Sands’ profits, and share price. If it can drive improvement in those tables, the money will flow almost directly to the bottom line. If Cotai Central stalls, however, the company will have left millions of dollars on the table, no pun intended.

For Wynn and MGM – the two laggards on the island in terms of market share – the worries were broader. Notably, revenue at Wynn fell year-over-year, with the decline led by a 3.2 percent fall in revenue on Macau; pre-tax income fell slightly as well. On the conference call discussing the results, CEO Steve Wynn opened by directly addressing any such concerns, pointing to a 45-year record of delivering growth in the gaming industry and emphasizing that customers “will be amazed” by his company’s own Cotai project, set to debut in 2016. Always entertaining and blunt, Wynn would later respond to a question about competition on the island by describing it as “murder tough…the guys in the gaming industry in Asia are triple sharp.” Unfortunately, it’s precisely that point that belies Wynn’s expressed nonchalance about losing market share and seeing revenues stagnate. Three years is a long time for Wynn to let those “murder tough” competitors continue to attract customers and take market share. And, for investors, three years is a long time in the stock market, and seems even longer given the constant flow of information surrounding Macau. Wynn’s Cotai project may indeed be spectacular; but it’s not entirely clear how many investors are willing to wait until 2016 to own a part of it.

Like Wynn, MGM will be building a new resort; like Wynn, it expects the resort to be ready in 2016; and like Wynn, it is promising the moon, with CEO Jim Murren telling listeners on his own conference call that it “will be the most exciting resort in all of Cotai.” Unlike Wynn, MGM did create growth in China, with fourth quarter revenues up eight percent and pre-tax profit rising 10 percent. (Revenue doubled year-over-year, but only included 2011 results after June 3rd.) That modest quarterly growth lagged competitors, however, and MGM’s market share remains toward the back of the line with Wynn. MGM China did announce a $500 million dividend, with more than half of that headed to MGM’s coffers, presumably to pay off debt.

That debt remains the key issue facing MGM; the company has re-financed much of the debt, lowering interest expense, but the debt load still remains a problem. The company guided for interest expense in the first quarter to be $225 million, representing an annual rate of some $900 million per year. CEO Murren has repeatedly discussed the company’s plan to lower its debt, but potential developments in Maryland and Massachusetts, whose combined cost looks to be roughly $1.5 billion, belie some of those plans. Like with Wynn, the three-year wait in Macau while sitting on the bottom of the market share rankings may give investors pause. With Strip revenues flat – domestic win rose less than 1 percent year-over-year – and $12 billion in net debt still hanging over the company, the question for investors in MGM is simple: why now? Murren’s long-term plan to deleverage the company certainly may work, and the Cotai project may be as wonderful as the company projects. But, in the meantime, it’s hard to see a catalyst to buy a stock in a company who is posting losses and still faces such a crippling debt and interest burden. For those investors still interested, however, MGM China – who actually has more cash than debt, until it finances the $2.6 billion estimated for the Cotai project – seems much likely to be a better, and certainly safer, investment than the US-based parent.

For Asian-based operators SJM and Melco Crown, the results looked a little better. At both companies, earnings gains outpaced revenue increases, as margins improved and the companies took home a greater share of each dollar won. Most notably, SJM turned a 4.5 percent increase in revenue into a 26 percent increase in earnings per share, as mass market strength and cost control flowed to the bottom line. Neither company has issued its full annual report for the year, limiting detailed analysis, but their clear success in 2012 continues a pattern seen for years in Macau: the Asian-based operators SJM, Galaxy and Melco Crown have seen their share prices continually and strongly outperform their US rivals. Over the past year, little has changed:

Notably, the three US operators have seen their share prices decline over the past twelve months. Of those three, LVS appears to have the strongest near-term catalyst, with Cotai Central likely to firmly put the company into the number two spot in market share as it grows its base during 2013. For the Asian operators, you simply have to wonder how long Galaxy can simply defy gravity; the stock, amazingly has risen by over 2,500 percent in the last four years. Of course, investors and analysts have likely been asking that question for a while.

Overall, with valuations still fairly reasonable, Macau-facing stocks as a whole look like a solid bet. There are certainly concerns, but given the stagnant, competitive US market and the regulatory mess that is Europe, by gaming industry standards the fears in Macau are truly “champagne problems.” No one knows that better than Caesars Entertainment (CZR), who infamously chose not to apply for a license in Macau in 2006. As a result, Caesars’ 2012 results simply bled in red ink. EBITDA (earnings before interest, taxes, depreciation, and amortization) was flat year-over-year, but net loss more than doubled, to $1.5 billion for the year. The company, staggering under a $20 billion debt load, paid more than $2 billion in interest alone for the year, as its land-based operations continue to be essentially a zombie company, incapable of overcoming, in the long-term, the debt piled on the company in a leveraged buyout back in 2008. The company is touting its Caesars Interactive Entertainment division as the savior for shareholders, since those assets are – amazingly – unencumbered by the company’s bonds, meaning the company can spin that division off to provide some equity to its shareholders before bondholders wind up taking the company over in a likely restructuring. But those hopes are somewhat belied by the fact that Caesars still refuses to break out CIE numbers, raising questions of why the company won’t let analysts fairly value its only real and wholly-owned asset. One of the few companies that has seen CIE’s books was Rock Gaming, who bought a minority stake in CIE (the percentage Rock Gaming owns has similarly remained undisclosed) and apparently turned down an option to buy more late last year.

CZR stock boomed last month as news of an online gambling agreement in New Jersey was released, but it still appears to be a short-term move. Long-term, Caesars will simply have to give the keys to its 50-plus casinos to bondholders at some point; equity owners’ only chance to recoup their investment is to sneak out the back door with CIE before that happens. Even if it does, CIE’s valuation may simply not cover CZR’s current billion-dollar-plus market capitalization; for whatever the New Jersey iGaming market turns out to be, it certainly won’t be Macau.