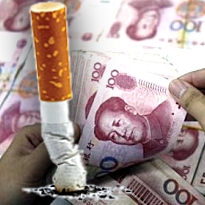 The contrasting fortunes of Macau’s VIP and mass-market gambling sectors grew even more stark in November, according to the enclave’s most recent monthly gaming revenue report. Revenue from VIP table games fell 0.67% to HK$16.14b (US $2.08b) compared to November 2011, while mass-market table revenue rose 32.3% to HK$6.91b ($799m). Hoffman Ma, deputy chairman of Success Universe Group and deputy CEO of Macau’s Ponte 16 casino, told last month’s Asian Gaming & Hospitality Congress that some of this shift was due to VIPs switching to so-called ‘premium mass’ tables. Minimum stakes at these tables occupy a middle ground between VIP and mass market, but unlike the VIP credit tables, operate on a strictly cash basis.

While slumming VIPs may account for some of Macau’s mass-market increase, the income rise enjoyed by China’s burgeoning middle class shouldn’t be understated. China’s exiting President Hu Jintao recently predicted the nation’s average annual income would double by 2020, allowing many more millions of gambling-mad Chinese citizens with newfound disposable income to decide to hop a ferry to Macau. Ma believes Chinese authorities would prefer to keep Macau’s growth in line with China’s rate of GDP, with an ultimate goal of achieving a 50/50 split between the VIP and mass-market segments.

However, one analyst is sounding caution about a potential damper on the mass market migration. Morgan Stanley Hong Kong managing director Praveen Choudhary noted that 80-90% of Macau’s gamblers are smokers and a partial smoking ban – a total ban if SJM’s Angela Leong On Kei has her way – will take effect Jan. 1. Similar bans in America, where less than half of casino gamblers are smokers, resulted in 20% revenue declines. Choudhary suggested that the mass-market segment was likely to take a bigger hit from the ban than the VIPs, as casinos are required to designate 50% of their gaming floor space as non-smoking, and given a choice, the casinos are unlikely to force their VIP baccarat players – who still account for 70% of Macau’s overall gaming revenue – to butt out. While most analysts are predicting 10-11% revenue growth for Macau in 2013, Chaudhary believes the smoking ban could cut that figure to single digits.

Meanwhile, Macau officials continue their efforts to dampen concerns that the recent detentions of Macau junket operators are just the forerunner to a broader crackdown on the gambling enclave’s business. On Tuesday, Bai Zhijian, director of the Central People’s Government Liaison Office, said new Communist Party boss Xi Jinping’s much-quoted comments about corruption aren’t specifically directed at Macau. “Every place across the globe is talking about anti-corruption and there are casinos everywhere. These are two different matters.” The University of Macau’s Ricardo Siu told the Asia Times that due to China’s recent economic slowdown, China’s leadership will ensure that Macau continues to produce revenue, especially the verifiable, non-VIP variety.