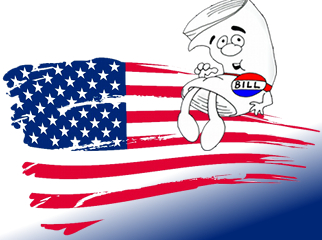 Texas state Senator Leticia R. Van de Putte has introduced two pieces of online poker legislation, but both require the federal government to act before they would have any effect. Senate Joint Resolution 43 proposes amending Texas’ constitution to allow it to opt in to any federal online poker licensing program, should the feds ever get around to passing the relevant legislation. Senate Bill 1103 deals with enabling the Texas Lottery Commission to comply with regulatory standards associated with this phantom federal online poker law. Die hard federal poker backers are clinging to recent rumors that Rep. Joe Barton (R-TX) is planning to reintroduce his oft-ignored online poker bill in Congress this year, but whether Van de Putte’s legislation has any connection to Barton’s unicorn is anyone’s guess.

PENNSYLVANIA: A HOUSE DIVIDED
In Pennsylvania, state Rep. Tina Davis is promising that her online poker and blackjack legislation will see the light of day next week, although she made the same promise three weeks ago. Davis says she has received “a lot of feedback” on her bill from industry stakeholders, as evidenced by the apparent tweaks to her original proposals. The previously stated $16.5m license fee has apparently shrunk to $10m and the tax rate has dropped from 45% of revenue to 20%. The possibility of allowing interstate compacts appears to have been ruled out in order to “protect our casinos and money in Pennsylvania.”

Regardless of its contents, House Gaming Oversight Committee executive director Bill Thomas sounded a pessimistic note on the bill’s fortunes, telling the Inquirer that the Republican majority in the House “has been mostly anti-gaming.” As proof, Republican Rep. Paul Clymer plans to introduce a separate bill that would make online gambling explicitly illegal.

HAWAII AND IOWA BOW OUT
As in past years, online gambling bills in both Hawaii and Iowa won’t come up for votes in 2013 after failing to make the cut for bills to be debated in their respective legislatures. As one of only two states that permits no gambling whatsoever, Hawaii was clearly the tougher nut to crack. But Sen. Jeff Danielson’s SB 1068 managed to pass a Senate subcommittee last week before getting clogged up in Iowa’s ‘funnel’ then flushed down the legislative toilet. See you guys again next year.

DELAWARE ADOPTS GLI TECH STANDARD
As for states that have already passed legislation, Delaware’s plan to be offering online gambling by Sept. 30 took another step forward this week with the adoption of Gaming Laboratories International’s GLI-19 v2.0 ‘Interactive Gaming Systems’ Technical Standard. GLI has certified online gaming systems in the UK, Canada, the Isle of Man, the Philippines and elsewhere. Online gambling tech companies have until March 15 to submit their applications to the Delaware State Lottery for consideration.

CALIFORNIA TRIBE SUPPORTS AGA’S ANTI-POKERSTARS STANCE
While many observers have tut-tutted at the American Gaming Association’s unprecedented intervention in online poker titan PokerStars‘ quest to acquire a New Jersey gaming license, the AGA’s move has been applauded by the California Tribal Business Alliance (CTBA). Robert Smith, chairman of both the CTBA and the Pala Band of Mission Indians, said New Jersey “unfortunately, appears to be weakening the eligibility requirements needed to obtain a gaming license.” Smith believes that only companies that “have played by the enacted laws and rules of the United States and maintained their integrity in the face of growing competition, should have a seat at the table.”

With a population of 38m residents, California is arguably the only US state that could make online poker work without sharing liquidity with other states. Striking an anti-interstate tone, Smith warned that California could not “allow for reciprocity with states that have lower standards and softer controls opening the doors to questionable corporations.” Smith suggested there needed to be “a barrier between what other states are trying to do and what California tribal governments are succeeding at.”

There are two online poker bills currently jockeying for position in California’s legislature this year, neither of which has earned the CTBA’s stamp of approval. In addition to the Pala Band, the CTBA includes the Lytton Rancheria of California and the Paskenta Band of Nimlaki Indians. Sen. Lou Correa’s SB 678 is believed to have the support of the San Manuel Band of Serrano Mission Indians and the Morongo Band of Mission Indians, the two main tribes that made up the now disbanded California Online Poker Association.