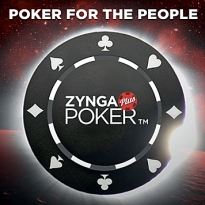 Social gamers Zynga have begun pimping their real-money gambling joint venture in the UK with Bwin.party digital entertainment. The company has launched Zyngapluspoker.co.uk and Zyngapluscasino.co.uk sites, each displaying large “coming early 2013” banners and the tag lines “Poker/Casino for the people”. For the moment, the sites consist of nothing more than a field with which one can submit one’s email address to receive updates, plus reminders that players must be both 18+ and UK residents.

Zynga’s shares had another rough week, opening Monday morning at $2.51 and closing Friday at $2.33, a 7.5% decline. With Zynga’s fortunes increasingly tied to its real-money gambling hopes, is it coincidental that Monday saw the New Jersey Assembly pass its online gambling legislation, which was then approved by the Senate on Thursday and now awaits only Gov. Chris Christie’s signature to become law?

The fact that Zynga’s stock is trading at less than a quarter of its IPO value just one year after going public ‘helped’ land CEO Mark Pincus on the “worst CEOs of 2012” list compiled by Dartmouth College Tuck School of Business professor Sydney Finkelstein. and published via Bloomberg news. Among the factors earning Pincus a spot on the list were his overreliance on revenues from Facebook and his decision to unload 16m of his personal shares, which prompted a class action suit and (Finkelstein believes) helped convince investors that Pincus had little faith in Zynga’s ability to pick itself up off the canvas.

Zynga’s 2012 performance got a mixed review from German application metrics outfit AppStats. Seven Zynga titles made the top-10 list of games that lost daily active users (DAU) in 2012, shedding a combined 19.1m DAU. On the other hand, FarmVille 2 added 8.2m DAU since its release, making it the year’s biggest gainer.

What about SayonaraVille? Friday brought the news that Zynga would be closing its Japanese offices at the end of January. TechCrunch reported that Kenji Matsubara, the Japanese branch CEO, broke the news via a notice on Facebook (oh, the irony). The Japanese closure was first suggested back in October when Zynga announced it was embarking on a major cost-cutting campaign, and Zynga watchers are now wondering when the axe will fall in the UK (also mentioned in October as possibly being on the block). While Zynga is social gaming’s big swinging dick in North America, it faced stiff competition in the Japanese market via local operators Gree and DeNA.