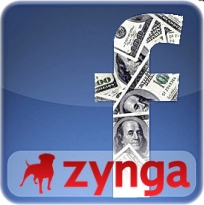 Facebook shares lost another $1.44 (6.2%) on Tuesday, closing at $21.71, a 43% fall from its May 18 IPO price of $38. Analysts and investors were mutually unimpressed by the social network’s first quarterly financial report card last week, which arrived the day after a far more disastrous quarterly filing from social game developer Zynga. (Zynga continues to languish just below the $3 mark, some 70% off its $10 IPO price in December.) As bad as things look, Facebook’s woes may accelerate come August 16, the day on which a flood of IPO insiders become eligible to dump a total of 268m more shares onto the market. But it could get worse…

A similar insider fire sale at Zynga in April resulted in 43m shares being moved at a price of $12 – Zynga CEO Mark Pincus personally reaped $200m of this $516m sell-off – after which the stock began its slide toward oblivion. Last Thursday, the day after Zynga shares nosedived, Newman Ferrara LLP announced it had begun an investigation on behalf of Zynga shareholders into “potential violations of federal securities laws and breaches of fiduciary duty by Zynga and certain of its officers.” The gist of the investigation is whether Zynga “misrepresented or failed to disclose material adverse facts about its business and financial condition” while allowing those in the know to dump shares prior to announcing “terrible financial results” for the previous quarter. On Monday, two different law firms beat Newman Ferrara to the punch by filing their own suits, and more firms are reportedly considering their own class action suits against Zynga.

Despite the rain clouds currently pissing on social gaming, there’s no shortage of companies looking to get wet. Idle Games has just launched Facebook and mobile versions of Fresh Deck Poker, featuring ring games, sit ‘n go’s and multi-table tournaments. With an eye toward eventual conversion to real money gambling, Idle Games has created an offshoot called Idle Gaming, which we find not at all confusingly similar to its parent company. Until that real-money day arrives, Fresh Deck is offering “sweepstakes-like tournaments” for cash prizes (where legal) in addition to its virtual money options.

The Muckleshoot Indian tribe of Puget Sound, Washington has entered into an equity partnership with Bookie Mania Ltd. to roll out the Bookie Mania social betting game on Facebook this fall, with other platforms in other languages to follow. Bookie Mania was created by Rohin Malhotra, former Chiligaming director and the former CEO of World Poker Tour Enterprises.

Gaming device maker International Game Technology, which credited social gaming acquisition Double Down Casino for boosting gaming operations revenue in its most recent quarterly report, has inked a deal to provide Double Down social games for the website of Arizona’s Casino Del Sol Resort. The casino is the first land-based gaming establishment to host Double Down games online, including some of IGT’s popular casino floor titles, such as Da Vinci Diamonds.