Home / Business / Can Zynga and bwin.Party Save Each Other? 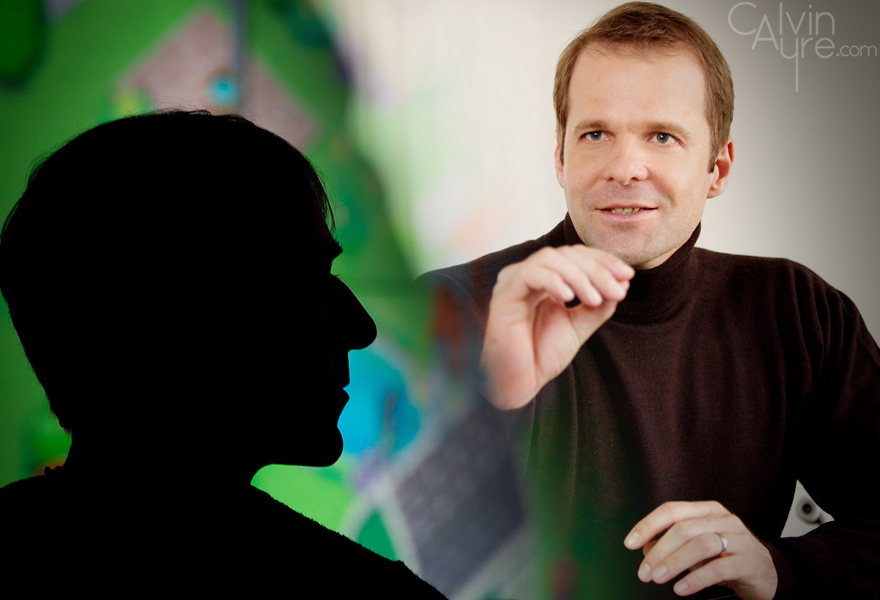 We will finally get to see. After months of speculation about whether Zynga (ZNGA) could turn its social gaming platform into a real-money gambling outfit, the developer of Facebook games such as  Mafia Wars and Farmville looks set to enter the UK market early next year. Zynga this week signed a partnership with bwin.Party Digital Entertainment (BPTY.L), allowing it to launch a real-money poker product that will share liquidity with bwin’s formerly dominant PartyPoker franchise. 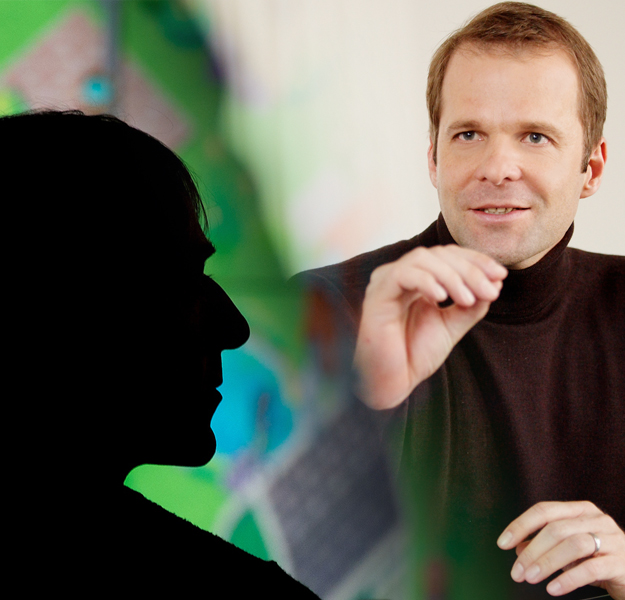 The news juiced both stocks, with Zynga rising 12% – with better- than-expected third quarter earnings also contributing – and bwin.Party stock gaining 6.7% in London trading the day after the news was announced. The boost to both companies’ share prices was much needed, with BPTY having only recently bounced off an all-time low and Zynga trading nearly 80% off its $10 per share initial price in late 2011. But we have been here before; repeatedly, the market has overreacted to moderately positive news in the iGaming world, only to pull back quickly. In fact, my very first piece here at CalvinAyre.com covered the quick rise – and equally quick fall – of Internet gambling stocks in the wake of the late December re-interpretation of the Wire Act by the US Department of Justice. Indeed, such an effect looks to be happening again, as BPTY stock fell 3% on Friday after jumping on the news and Zynga has drifted down nearly 6 percent since its post-earnings high.

The problem for both stocks is that the longer-term issues that have driven their share prices down will remain when the juicy headlines of a potential real-money partnership have faded. bwin.Party is still dealing with the effects of its predictably disastrous merger, which has seen shareholders lose about 60 percent of their investment since the union of bwin and PartyGaming was announced in July 2010. bwin.Party’s most notable struggle has been in poker, where revenues declined over 8 percent in the first half, a trend analysts expect to continue as privately held PokerStars continues to expand its market share. Zynga has been beset not only by a plummeting share price, but a massive defection of key executives, and a recent lay-off, with hackers collective Anonymous alleging that many more job cuts are to come. Bookings were down sharply in the most recent quarter, as revenue per user figures continue to drop, while Facebook (FB) CEO Mark Zuckerberg noted on his conference call last week that Facebook spending on Zynga games was down some 20%, with spending up 40% at social gaming competitors.

Meanwhile, both companies face governance issues, as I noted just last month. Zynga CEO Mark Pincus has been criticized – and sued – for helping to orchestrate a secondary offering of the stock in April, in which insiders sold over $500 million worth of ZNGA at $12 per share, four times its share price just four months later. Zynga, meanwhile, has created nearly $800 million in stock-based compensation for its employees over the past seven quarters alone, with a chunk of those stock and option grants then sent back to the broad market this year, increasing selling pressure on Zynga’s share price. bwin.Party, meanwhile, maintains an unwieldy co-CEO structure that, despite new initiatives in social gaming and land-based sports betting, seems to have left its legacy businesses less nimble and less competitive.

Even backers of both stocks would likely admit that the scale of the project – limited solely to the UK  – is not enough to immediately overcome the companies’ near-term headwinds. In an interview with MarketWatch, analyst Colin Sebastian argued that real-money gambling would be “a big growth area” for Zynga, but admitted, “I’m not convinced the economics of the deal will move the needle significantly, but again, it’s a first step.” Lazard Freres analyst Atul Bagga agreed, saying the firm “doesn’t expect a meaningful impact on 2013 (earnings) estimates,” but does “expect the announcement to be positive in terms of sentiment.” And looking at the numbers, it’s instantly clear that the bwin.Party-Zynga tie-up is not, in and of itself, a game-changer for either company. Consultancy GamblingData pegged bwin.Party’s 2011 poker revenue in the UK at 19.7 million pounds, or about $32 million US. That roughly squares with figures from bwin’s 2011 annual report, which noted that 10% of its gaming revenue came from the nation. With total poker revenue of 213 million Euros, the UK would then account for roughly 21.3 million Euros, or about $27.5 million USD.

In short, $30 million is a reasonable estimate for bwin’s current UK poker business. For Zynga, international business looks set to run at about $530 million for 2012. According to the company’s most recent 10-Q filing with the SEC, no country accounted for more than 10% of the company’s international revenue in the year’s first nine months, meaning Zynga’s total UK revenue for the year should come in at no more than $50 million. Given that Zynga Poker created 18 percent of Zynga’s net sales so far this year, that means UK revenue from Zynga’s poker app is likely no more than $10 million, at most. With Zynga’s 2012 bookings projected to be $1.1 billion, and bwin.Party’s 2011 net revenues over $1 billion US, neither the real-money nor the social gaming operations create a large portion of total sales. Indeed, their partnership would need to double PartyPoker’s real-money market share to even modestly boost either company’s top lines.

For its part, Zynga is receiving a suite of 180 real-money casino games. But again, the market doesn’t appear big enough to immediately impact its bottom line. According to GamblingData, bwin.Party’s casino segment generated 21 million pounds in 2011, or about $34 million USD. From that level, it would take substantial growth to make a difference at a pair of billion-dollar companies.

To be fair, given bwin.Party’s low market share in the UK – 4 percent in casino games, and 7.5 percent in poker, according to GamblingData – then a resounding success in the partnership could create incremental earnings gains for both companies. But given the cutthroat competition in both segments in the fragmented UK market – GamblingData lists 12 different companies with at least four percent share – the possibility of a bwin.Party-Zynga combination challenging PokerStars for dominance is far from assured. Even that type of success wouldn’t, on its own, produce massive gains for shareholders in either company. In addition, investors should realize that details on the partnership are still sketchy. On Zynga’s Q3 conference call, executives repeatedly refused to elaborate on the bwin deal or give guidance for its impact, beyond calling the pact a “revenue share” arrangement.

This week’s euphoria over the deal aside, it seems that Zynga’s real-money aspirations are no more secure than they were before inking the bwin deal. It still remains unclear whether Zynga can turn play-money gamers into real-money gamblers. I wrote back in April that I was strongly skeptical of Zynga’s real-money potential, in large part because the user bases of social gamers and online gamblers are vastly different. At this year’s iGaming North America Conference, analyst Christian Tirabassi noted that the Facebook gamer in Europe “does not convert” to real-money gambling. Tirabassi pointed out that social gamers are well aware of real-money options, and choose to play social games instead. “I don’t believe in the easy transition from social games to real [money] games,” he concluded.

There is another group of experts who have emphasized the difference between real-money and play-money gamblers: the executives at bwin.Party Digital Entertainment. When the company announced its own social gaming strategy in May, bwin executives repeatedly stressed that the unit was aiming for stand-alone profits, rather than attempting solely to augment real-money operations. Co-CEO Norbert Teufelberger noted social gaming “was not a convergence thing…this is really a distinct business opportunity we’re pursuing.” Teufelberger pointed out that of 20 million visitors to bwin.com, only 3 million ever played for real money, with the other 17 million “basically not doing anything with us.” Barak Rabinowitz, hired to run the new unit, pointed out that social and real-money gamers are “fundamentally different.”

That “fundamental difference” remains the problem for Zynga. They must bridge the gap between two vastly different groups of consumers. A Zynga Poker customer plays Zynga Poker precisely to avoid risking real money. Compounding the problem for Zynga is that its brand is well-established as a goofy, time-wasting, play-money outfit. If a player intends to spend significant hours online playing aggressive, technical, real-money poker, what would make him or her choose the Zynga brand over PokerStars, or PartyPoker, or the controversial and always-entertaining PaddyPower brand? And if social gamers are, as Zynga’s own partner argue, “fundamentally different,” and if non-Zynga users would appear to be drawn to its competitors, from where is Zynga going to create a real-money user base?

For Zynga, the bwin partnership simply does not change the investment thesis. The company is trading for basically the net value of its assets; but for good reason. A revenue-sharing agreement with bwin.Party – who, by the way, has its own difficulties – does not change Zynga’s key challenge. It must turn play-money customers into real-money customers, despite the fact that there is little evidence those customers have any interest in being converted. bwin.Party can’t change that fact.

For bwin, the deal looks more likely to be a winner; or, at least, less likely to be a loser. It would appear from the structure of the deal that Zynga is essentially paying bwin a toll for using its license, its games, and its systems. bwin.Party appears unlikely to invest any significant amount of capital in the venture; beyond the creation of a new Farmville-branded slot, bwin.Party’s contribution to the partnership appears limited to assets the company has already developed. If Zynga does succeed in the UK, bwin will receive additional liquidity in its PartyPoker platform – currently fighting iPoker for the #2 spot behind PokerStars – and revenue sharing from Zynga-branded casino games. If Zynga struggles, bwin looks likely to face only minimal losses. It appears to be a savvy deal by bwin management; but, given Zynga’s challenges, it seems unlikely to boost the share price of either company.