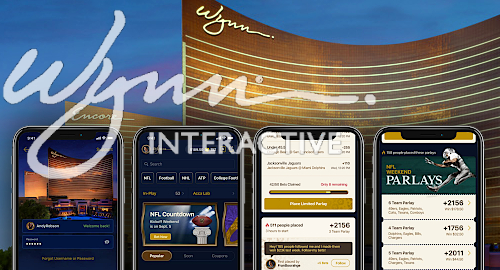 Casino operator Wynn Resorts is focusing hard on its shiny new interactive division while its land-based operations remain in a COVID coma.

Figures released Thursday show Wynn generated revenue of $370.5m in the three months ending September 30, a 77.5% decline from the same period last year. Wynn reported negative earnings of nearly $66m versus a positive $397m in Q3 2019 while booking a net loss of $758.1m (although $407.4m of this was a tax provision).

While both properties suffered from steep declines in the market’s VIP gambling turnover, Wynn Palace suffered doubly due to its VIP win rate falling to just 1.04%, well below the expected range of 2.7-3.0%, while Wynn Macau’s rate hit an outsized 3.95%. Both properties also reported mass table win declines.

Turning stateside, Wynn’s Las Vegas revenue was down 53.3% to $186.7m while earnings slid 77% to $20.3m. Wynn’s Encore property recently cut its operating schedule to five days/four nights per week due to reduced demand, a fate that has yet to befall the Wynn Las Vegas casino. Yet.

In Massachusetts, the Encore Boston Harbor casino reported revenue of $116.7m, down one-third year-on-year, but earnings more than tripled to $26m as the property – which only opened in summer 2019 – was no longer dealing with its start-up costs. This week, Massachusetts announced new curbs on casino hours of operations starting Friday and Wynn said Thursday that Encore “may modify its operations as a result of this directive.”

WYNNBET ON THE FUTURE

Given the parlous state of its land-based operations, Wynn was delighted to have something positive to talk about in Wynn Interactive, its nascent iGaming/sports betting division. The WynnBET brand had its coming out party last Friday when it announced an Authorized Gaming Operator deal with NASCAR.

Wynn Interactive was technically born in 2018 when the company struck a joint venture with UK-licensed BetBull Ltd. Following a reorganization that combines BetBull’s UK-facing operations, Wynn Sports Interactive and the Wynn Slots social casino business, Wynn said it owns “approximately 71%” of the JV and “will consolidate Wynn Interactive going forward.”

As part of this reorganization, Wynn is providing around $80m in “robust cash funding to fuel growth and expansion.” Already active in Nevada and New Jersey, WynnBET plans to apply for licensing “on a standalone basis” in Tennessee and Virginia (where no land-based casino or racing partnership is required).

In addition to Tennessee and Virginia, Wynn Interactive claims to have secured market access in nine states – although some of these states (Florida, Massachusetts) have yet to legalize online activity and another (Illinois) requires further legislative tweaks for Wynn’s access to take effect – while five other states are “in discussions.”

Speaking on the analyst call, Maddox called Teufelberger part of Wynn Interactive’s “stub equity” – which we think was a compliment – and claimed that the Wynn camp had “a great cultural fit” with its new European partners. Perhaps, but Wynn might want to ensure that any incentive bonuses require actually achieving certain benchmarks.

The individual businesses that have been folded under the Wynn Interactive tent generated combined revenue of $21m in 2019 but Maddox boldly predicted “that number is going to grow at an exponential rate as we move forward.”

Billings said the plan was to “understand what the customer wants … build a product to it and … scale into that.” Billings added that the company would “deploy marketing spend at scale as long as it continues driving the appropriate customer lifetime value.”

As for those lagging land-based operations, Maddox claimed October saw Macau visitor volumes go from 10% of pre-pandemic normal to “almost 30%,” even after the annual Golden Week holiday concluded. Wynn Macau’s mass market tables had seen drop rise to “roughly 40%” of its pre-COVID levels, while junket-based VIP turnover was “between 25% and 30%.”

Maddox was similarly optimistic about Vegas, saying Wynn’s Q3 slots handle and table drop both beat the market average and Wynn was seeing “new domestic customers” that “previously were lifers at some of our competitors.”

Maddox claimed that October was “our best month” in a long time but warned that the market’s traditional holiday downturn meant “October will not be repeated in in November and December.”