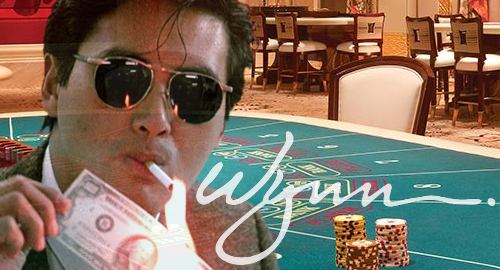 Casino operator Wynn Resorts posted a $3.5m net loss in the third quarter as VIP gamblers took its Vegas and Macau tables to the cleaners.

Macau operations were largely responsible for the decline, as Wynn Palace’s revenue was down 18.1% to $598.2m while earnings were off 28.3% to $162.2m. The Palace’s VIP turnover was down nearly one-third and the VIP win rate, while still above the expected range, fell 0.2 points year-on-year.

It was a different story for mass market gaming, with mass table drop up 9.2% at the Palace and 11.5% higher at Wynn Macau, although mass win rates dipped slightly at both venues. While slots are still a minor piece of the Macau revenue mix — about $47m at each property — slots handle improved 5.5% at the Palace and jumped 11.7% at Wynn Macau.

Turning stateside, Wynn’s Las Vegas operations reported flat revenue of $399.5m, although earnings dipped 7.6% to $88m. Table drop was up while table win was down, largely due to VIP baccarat players playing lucky, resulting in table revenue falling 1.1% to $85.7m. Slots handle rose over 9%, pushing slots win up 4% to $58.2m.

In Massachusetts, the new Encore Boston Harbor venue generated revenue of $175.8m and earnings of $7.7m in its first full quarter of operation. Gaming tables accounted for $74.9m while slots added $62.4m.

Encore’s hotel occupancy stood at 69.6% for the quarter, reflecting its role as a more regional venue. By comparison, Las Vegas occupancy was 87.9% while Wynn Palace (97.2%) and Wynn Macau (99.4%) ranked even higher.

Wynn CEO Matt Maddox said the company had performed well despite VIP hold declines in both Macau and Vegas, thanks in part to a record mass table win in Macau. The Wynn Macau property is expected to get a further boost from the launch of its renovated West Casino before the year’s end.