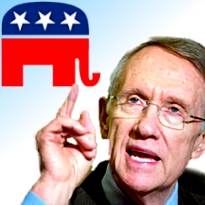 The US Senate Committee on Indian Affairs has scheduled a hearing on “Regulation of Tribal Gaming: From Brick and Mortar to the Internet” for Thursday, July 26 at 2:15pm. The doings from Senate Dirksen Building 628 will be broadcast live over the internet. No list of speakers has yet been posted. Since November, the Committee has held two hearings on this issue, the last of which took place in February.

On Tuesday, the National Journal‘s Tech Daily Dose published a quote from Senate Majority Leader Harry Reid (D-NV) regarding his oft-rumored but heretofore clandestine work with Senate Minority Whip Jon Kyl (R-AZ) on an online poker bill. According to Reid, the bill’s finer points are still being negotiated with Kyl, but garnering broad support on the Senate floor will be another matter entirely. “Here’s the issue, Sen. Kyl and I’ve worked very hard. What we need to do is get some Republican support. That hasn’t been forthcoming yet.” (Guess Las Vegas Sands boss Sheldon Adelson, the GOP’s Daddy Warbucks and a declared enemy of online gambling, got there first.) An unidentified Democratic aide said Reid would enlist his Nevada counterpart, Republican Sen. Dean Heller, to help sell GOP’ers on the merits of the plan.

Meanwhile, Monday brought a flurry of new legal filings in the US Department of Justice’s civil case against the online poker companies indicted on Black Friday. The Commonwealth of Kentucky filed a motion to stay federal claims on the domain names of PokerStars, Full Tilt Poker (FTP), Absolute Poker and Ultimate Bet. Kentucky’s Justice Secretary J. Michael Brown says the feds have no right to seek the forfeiture of these domains because the Commonwealth made a prior claim to these and 137 other gambling-related domains – which Kentucky classified as ‘illegal gambling devices’ – via its 2008 Franklin Circuit Court action against online gambling companies. Despite Kentucky courts having yet to issue final rulings on the legitimacy of those seizures, the Commonwealth is nonetheless claiming “constructive possession” of the domains.

In response, the DoJ has filed its own motion to strike the Commonwealth’s claims, citing the lack of a definitive ruling by Kentucky’s own courts, which the DoJ says leaves Kentucky without standing to make a claim at the federal level. The irony here is all too rich, given the Commonwealth’s repeated rejection of claims of standing made by online gambling industry associations such as the Interactive Media Entertainment and Gaming Association (IMEGA) and the Interactive Gaming Council (IGC), which sought to appear in Kentucky courts on behalf of the gambling companies whose domains Kentucky was attempting to purloin. Clearing Kentucky out of the picture is widely viewed as the DoJ’s attempt to make the rumored acquisition of FTP’s assets by PokerStars an easier process.