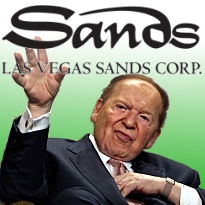 Pokerati recently reprinted a lengthy treatise from Poker Players Alliance lobbyist Jeff MacKinnon which suggested US pro-poker forces were marshalling their energies for a concerted assault on lawmakers come the lame duck session of Congress (after November’s election until the end of the year). MacKinnon suggested a key platform of the PPA’s persuasive push will be the “up to $18b” in revenue a federally regulated online poker regime could provide Washington’s coffers. But that would run counter to the recent statement by Rep. Barney Frank (D-MA) that Sen. Jon Kyl (R-AZ) – who is supposedly working with Senate majority leader Harry Reid (D-NV) to cobble together an acceptable online poker bill in the Senate – is opposed to pushing the revenue angle, lest it be perceived as shoving more vulnerable Americans down the escalator to Hell.

Regardless of what happens in the Senate, the House may prove a stickier wicket. While Frank suggested the House would go along if the Senate passed a poker bill, Las Vegas Sands’ Sheldon Adelson may yet burst that bubble. On Thursday, Adelson participated in a talk with students at University of Nevada, Las Vegas. Following the talk, the Las Vegas Sun’s Jon Ralston managed to corral Adelson (or ‘Gondolier #1’ as Ralston likes to call him) for a brief one-on-one, during which Adelson restated his moral opposition to online gambling.

Pressed to expand on his “even stronger” opposition, Adelson played the family values card: “You don’t want a casino in every home.” Adelson also claimed that legalized online gambling would result in “a 10% to 20% decrease in land-based gaming revenues. Minimum.” (Studies would beg to differ with Adelson on that last point.) Furthermore, Adelson said both Harry Reid and Nevada Gov. Brian Sandoval had attempted to make him see the error of his ways, but that it had no effect. “I’m not going to change my mind.”

This should be very troubling news for poker advocates. There may be more Nevada casino CEOs who would welcome online poker, but none of them have as yet demonstrated the casual ease with which Adelson writes seven-figure checks to Republican politicians – including a recent $5m donation to House Speaker John Boehner’s Super PAC. (Hey, gotta do something with all that extra scratch.) Adelson is also known to be on good terms with House Majority Leader Eric Cantor (R-VA). All 242 House Republicans up for re-election this year have no doubt been briefed on the importance of keeping Sheldon happy.

SHELDON HANGING ON TO ‘KEYS TO KINGDOM’
Adelson detailed more of his ‘against the grain’ stances during his talk at UNLV. For example, his decision to let the Asian whales at his Marina Bay Sands casino in Singapore bet $1m per hand of baccarat, despite ‘industry experts’ telling him it was madness. Adelson viewed it as a marketing ploy to keep high rollers at the tables longer, and besides: “Eventually the law of averages is going to play in my favor. The cards, they don’t know the size of the bet. They’re going to fall the same way.” For the record, Adelson also confessed he doesn’t know the rules of baccarat.

Despite his company now making the vast majority of its money from Asia, Adelson declared he’d never forget his Vegas roots. “Las Vegas is a core asset. I’m never going to sell it. Because if I sell it, I’m giving away the keys to my kingdom.” Referencing his planned ‘Euro Vegas’ project in Spain, Adelson suggested the world could handle “five to 10 Las Vegases … and it still would not saturate the market.” But would it satisfy Adelson’s ambition?