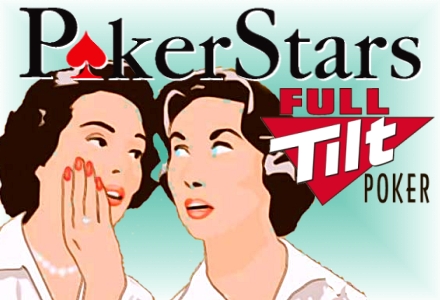 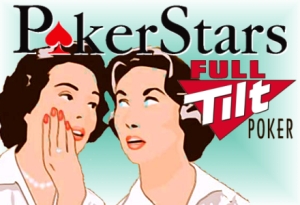 UPDATE: While declining to reveal her sources, poker blogger Diamond Flush published detailed figures (worth reading in full) on how the scuttled Groupe Bernard Tapie deal envisioned repaying Full Tilt Poker’s non-American players. Suffice it to say, the reaction of these players has been almost relief that GBT’s deal fell through.

Under GBT’s initial proposal, players would have only been able to withdraw the first $100 of the funds in their accounts. The remaining balance would have been subject to rather punitive playthrough requirements. Failure to complete these requirements in a timely fashion would have resulted in 5% per month inactivity penalties. This plan was (surprise!) apparently found wanting by the DoJ and/or FTP, and suggests just how undercapitalized GBT’s quest may have been. It also suggests earning goodwill with FTP’s existing player base was not high on GBT’s agenda.

Also interesting are stats that claim 94.9% of FTP players had less than $100 in their accounts, representing a total of $16m on FTP’s ledgers. The remaining 5% of account holders accounted for an aggregate balance of $168m. (Nobody give the Occupy Wall Street crowd directions to Alderney, okay?)

UPDATE 2: The Wall Street Journal claims PokerStars execs have been doing due diligence at FTP’s offices in Dublin for the past few days.

Once more into the breach…
Or, as Yogi Berra observed: “Déjà vu all over again.” Early suggestions for April 24 nicknames include Red Tuesday and Super Tuesday. But if this all turns out to be a gigantic fakeout, Blue Balls Tuesday is trending high.

Assuming the rumors are true, for the online poker world, a long running riddle may have been answered. PokerStars is your daddy. Following the admission by Groupe Bernard Tapie that its deal to acquire the assets of Full Tilt Poker is officially dead, rumors are rampant that PokerStars has worked out the framework of a deal with the US Department of Justice to acquire FTP’s assets and reimburse all FTP players in both the US and the rest of the world (ROW). If nothing else, the move would elevate Stars’ already high reputation in the online poker world to Mount Olympus heights.

✖ At 12:39 PM PST, PokerStars head of corporate communications Eric Hollreiser released the following statement: “We’ve had a lot of enquiries and there’s lots of speculation on the forums, so I wanted to address the PokerStars chatter. As you know, PokerStars is in settlement discussions with the U.S. Department of Justice. As such settlement discussions are always confidential, we are unable to comment on rumors. As soon as we have information to share publicly we will do so.” Rightly or wrongly, many observers are treating Stars lack of an outright denial of the rumors as evidence that the rumors are true.

✖ eGamingReview quoted an internal memo from Stars general counsel Paul Telford telling staff that they could “expect to read numerous rumors” regarding a potential FTP acquisition but that the company couldn’t comment further as part of an agreement with the DoJ.

✖ Among the more interesting questions is what a deal would mean towards a possible settlement of the criminal and civil cases filed against Stars founder Isai Scheinberg and associate Paul Tate by the DoJ on Black Friday. Chili Gaming CEO Alex Dreyfus tweeted: “PS buys FT for a consideration of $750m, including settlement with DOJ and full balances of players (330m).” The $750m would represent just half of the $1.5m the DoJ was originally seeking from Stars via the Black Friday indictments. Using this formula, after subtracting the FTP payout, the $420m that would go to the DoJ tops the $300m paid by former PartyGaming principal Anurag Dikshit and the $105m paid by PartyGaming itself.

✖ Famed poker cross-dresser Shaun Deeb posted to 2+2 that the Stars/DoJ deal was “already done” and that FTP “players will be paid within 90 days; FTP will be open in the US market; Isai will be stepping down from the company.” People are interpreting this as a sign that if/when online poker gets the legal and regulatory nod in the US, FTP would be granted the same consideration as other companies that settled with the DoJ, i.e. they’d have as much (or as little) opportunity to vie for an online poker license as everybody else. Speculation has been voiced that FTP would be marketed towards the US as a ‘clean’ site scrubbed of all its links to ‘bad actors’.

✖ Daniel Negreanu, like many of Stars’ pro players, was in Monte Carlo for the EPT Grand Final and initially appeared caught off guard, telling PokerListings: “I have no information on it other than what I’m reading but people I’m talking to seem to believe it’s true. The idea of PokerStars buying Full Tilt for $750 million seems impossible to me, so based on what I know it would really surprise me. But it would definitely be good for poker players because PokerStars is a good company and players wouldn’t have to deal with those [FTP] scumbags anymore.”

✖ In the absence of specifics from Pokerstars, people have been checking Stars’ ashtrays for traces of lipstick on the cigarette butts. Stars’ website posted job listings for software developers, with the location cited as ‘flexible’ being able to work in Toronto, London and (wait for it) Dublin – the home of FTP tech hub Pocket Kings. However, the notices are at least 10 days old.

✖ Among the many questions today’s ‘news’ has produced, if Stars kept FTP running outside the US, would the combined market share create competition concerns among some EU countries?

GROUPE BERNARD TAPIE LICKS ITS WOUNDS
✖ Following confirmation that Groupe Bernard Tapie was out of the picture, attorney Behnam Dayanim told the Associated Press he felt the DoJ’s alleged sudden insistence that GBT immediately repay all FTP players made it clear the DoJ was negotiating with another potential FTP buyer. However, Dayanim told PokerStrategy that another factor that scuppered the deal was “the possibility that the forfeiture would be regarded as a fraudulent transaction in foreign courts if challenged by creditors of Full Tilt … the acquirer might incur the liabilities of the company along with the assets … that was a risk that we had understood for a while … if it were the only risk, we likely would have gone ahead with the deal, but that combined with the last-minute change on the position of ROW players just made it not make sense anymore.”

“If there is a deal with PokerStars, it very well could be the case that they decided that the two risks I just outlined were acceptable in light of an overall resolution to the DOJ legal position. They could have decided that those risks were small in the grand scheme of their situation, and that they would therefore be willing to deal with them.”

✖ So, minus the FTP acquisition, what happens to the International Stadiums Poker Tour? For the moment, the website’s still up, but we suspect the dopey concept may now never get to fail in the spectacular fashion in which everyone expected.

✖ Confirming their reputation as always being last to the party in terms of communicating their message to the poker public, FTP attorney Barry Boss eventually provided a statement to DiamondFlushPoker.com confirming the GBT deal was dead. However, “Full Tilt Poker is more optimistic than ever that its number one goal will be obtained: Full Tilt players will be repaid. Full Tilt Poker has been in settlement discussions with the US Department of Justice. As such settlement discussions are always confidential, we are unable to comment on any rumors related to the details of those discussions. As soon as we have information to share publicly we will do so.”