Public iGaming companies. A commonly talked about topic in industry circles with opinions differing greatly on their potential for success, their benefits, drawbacks and even whether they should be public at all.

While there have been positive performances, such as those of Betsson, 32Red and most recently 888, for the most part iGaming companies have struggled to make a significant impact on the opinions of financial analysts and the wallets of traders. 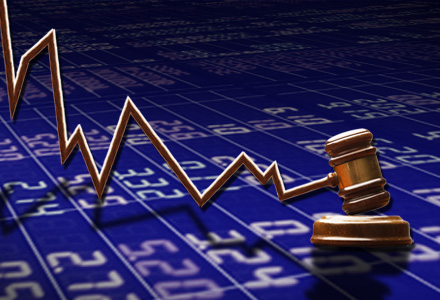 Many suggestions have been put forward with regards to reasons for the stock market performance of some of the public gaming companies. One that can’t be ignored is that most are simply not operating at their optimum. Barring this, there are many which all contribute to the repeated stock market failings that have been seen in the past 18 months.

The case with almost all of these reasons is that there appears to be an underlying theme – one of instability.

Unfortunately for those involved, instability as a public iGaming company is fairly easily achieved. It can come as a result of any number of changes, many of which may even be necessary.

From any company’s first day as a public company they’re bound to not be operating at 100%. This is due to the focus placed on their IPO, a necessary but timely activity that distracts key employees from fulfilling their usual roles. Financial services company Ernst & Young explain that when preparing for an IPO, the CEO’s and CFO’s roles assume a new balance between time spent managing sharemarket relations versus managing the business.

Recently David Yu, CEO of Betfair, admitted that his soon to be former company had gone off the boil as a result of preparing the company for IPO.

However, a more permanent risk is that of key employees departing the company. While this is an issue which faces all companies, it is highlighted in the gaming sector as staff tend to change roles and even companies regularly.

Another risk that is common across all businesses is the consistency of the products offered. Unfortunately for gaming companies this an issue that is known all too well. Be it website downtime, software glitches or even a rogue bot, there are many potential ways that online gambling products can falter.

All of the above are only some of the internal issues affecting company stability. Those which are external are considerably more hazardous, none more so than the regulation, legislation and taxation of different geographical markets.

However this is a risk which could be subsiding as discovered by Global Betting and Gaming Consultants (GBGC). Research conducted by GBGC has shown that for the first time ever revenue generated in Europe from regulated markets will outweigh that of unregulated markets in the continent.

The figures show the rate at which European online gambling regulation is spreading with the percentage of revenues from regulated markets standing at just 37.2% in 2008.

In a statement released by GBGC director Lorien Pilling explained: “The founding pillars of the “golden age” of internet gambling in Europe are crumbling and 2012 will be a defining year in that process.”

The increased regulation may be even more significant for public gambling companies making 2012 a make or break year for them. For some, the ability to enter new markets with greater ease is a major advantage of becoming a public company and as such one that they should now be putting to good use.

Ed Ware, CEO of 32Red, explained late last year that the ease with which license applications can be made was important for him. He said: “We believe our status [as a PLC] will be of assistance as we look to apply for licenses in newly regulated markets.”

Surely then, more regulated and stable markets will lead to more stable iGaming companies and more stable share prices. After all, isn’t that a major supposed reason for their constant fluctuation and in most cases underperformance?

There certainly are some valid arguments for this being the case as Lorien Pilling explains.

He agrees: “Shares of companies who operate in regulated markets should be more stable because investors shouldn’t wake up to the news that a CEO/Executive has been arrested, e.g Unibet’s Petter Nylander in Holland, Bwin CEOs in France.”

However, unfortunately for the companies in question, regulated markets are far from a saving grace.

Pilling explains the other side of the coin: “Even in regulated markets governments can still change their mind on a whim – perhaps withdrawing a previously permitted gambling activity without much warning, or imposing a new tax without consultation.”

He also draws attention to the fact that a change in government can create uncertainty and uses France as example. There the result of the upcoming Presidential election is likely to have considerable connotations for the online gambling industry with sides taking differing views on its regulation.

This is also the case in Germany where the common changes in stance by the states have a habit of making a chart of Bwin.Party’s shares look comparable to a heart monitor.

But the bad news keeps coming in the form of the fact that even if market regulation continues to increase across the board and does stabilise iGaming share prices, it still doesn’t guarantee high share prices.

So while an increasingly regulated gambling landscape may allow the industry to continue to professionalise and certainly has other benefits, for public companies it isn’t the saving grace it could be.