Betfair One Year on the London Stock Exchange 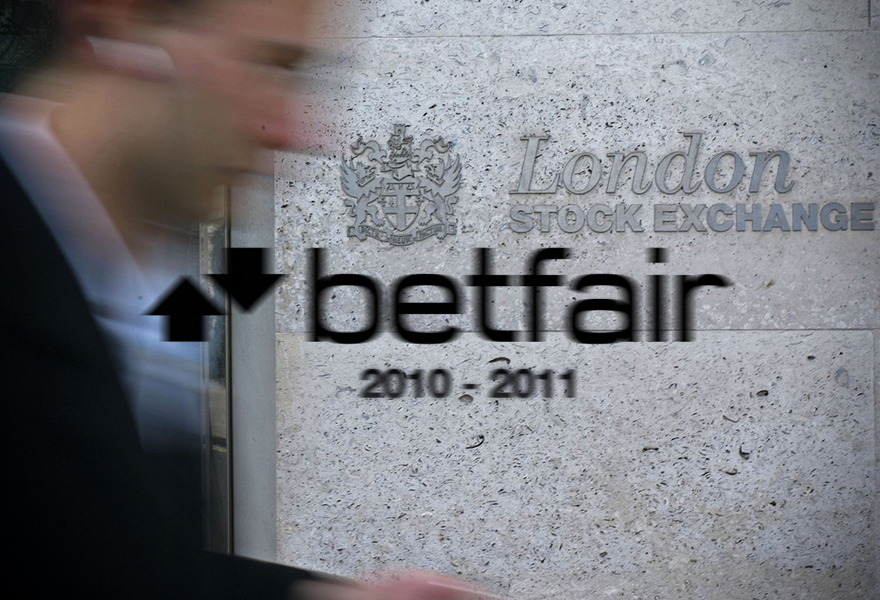 The advantages and disadvantages of the being public and private are well known and frequently discussed in iGaming circles. As a result this article will attempt to offer no judgement on the highs and lows that Betfair have experienced in the past 52 weeks and remain as objective as possible – hopefully.
This weekend marked the end of Betfair’s first year as a public company – the end of a year that even Betfair’s biggest fans will admit hasn’t exactly gone to plan. Back on October 22nd 2010 Betfair employees and shareholders were fresh faced and full of optimism – not to know about any number of the troubles that lay ahead of them.

Rumours regarding Betfair’s floatation on the London Stock Exchange had been doing the rounds for sometime before the IPO was officially announced on September 21st 2010. This was due to Andrew Black and Ed Wray, co-founders and the two biggest shareholders of the company, admitting that they would like to float but were worried about the ‘uncertain investor climate’.

The IPO was seen as the crowning achievement of one of the biggest success stories in British business, let alone online gambling. Having created the company just ten years earlier, Betfair’s unique selling point and ability to focus exclusively online had allowed them to rapidly overtake other predominantly retail-based iGaming companies.

The signs were promising as becoming a private company would in theory allow Betfair to hold onto a number of their top executives, allow them to raise funds easily and enter newly regulated markets in an ever-changing European online gambling landscape with greater ease. While a few in the iGaming industry did voice concerns about an iGaming company of that size floating, financial media opinion was that stock traders couldn’t wait to get their hands on a piece of the Betfair pie and that once they had it they were unlikely to relinquish it.

This view appeared to soon have been vindicated as shares went on sale at £13 but rose dramatically by 20% to peak at £15.65. The put the market value of the Hammersmith-based company at £1.64 billion leaving the sound of champagne corks popping present all over south west London.

The IPO was oversubscribed and the company was hailed as a complete success by financial media with little knowledge of iGaming who described the company as “a spectacular business”. Even those in the industry who were opposed to public iGaming companies may have begun to wonder whether Betfair were about to prove that it is possible to successfully operate in online gambling publicly.

This early success was attributed to the desire of traders to get embrace social gambling and a market that had evaded them for so long as well as a promise that Betfair had strong growth opportunities. Sure enough the future looked bright for Betfair and the company was surrounded by a sense of optimism – unfortunately this was to be short-lived.

After the initial surge in share prices, reality began to kick in and by the time Betfair’s first half figures were released in December, signs that everything was not as it should be were appearing. The first half figures had been hit hard by a £14.7 million payout for the well-covered London Stock Exchange listing.

Just less than six months after the successes of the Betfair IPO and the dust had well and truly settled. It had settled so low that share prices were 40% lower than their starting price back in October. Things didn’t get any better in the coming months either as June saw prices down at 760p, more than 50% less than the heady heights achieved immediately after floating.

Then, once shares had dropped even further to 715p at the end of June came one almightily bad week. It began with CEO David Yu announcing his departure on June 26 – a common theme at Betfair and ironic considering one of the major reasons for going public in the first place. While shares immediately dropped following this announcement, analysts actually predicted that this would bode well for the company in the long term.

Yu had been at Betfair since 2001, been chief executive for just less than six years and had personally sold £5.2 million of Betfair shares in the IPO. While this news had a big impact when it first broke, the effect has petered out almost as much as the supposed search for Yu’s replacement. Yu is currently still at the company and will continue to be until a suitable replacement is found – assuming that they actually want the job.

This left the company valued at £777 million, around half of the £1.4 billion flotation value. Just two days after Yu’s announcement, the company admitted partial defeat by revealing that they were to buy back around £50 million of shares. The strong growth opportunities that had been promised appeared to have dried up with many management figures appearing to run out of ideas and ultimately jump ship.

During the year, Yu wasn’t the only person to signal his intent to leave Betfair, in fact far from it. Among those who announced their departure was the chief products and services officer Mathias Entenmann, head of mobile Charlie Palmer, director of research Matt Carter, chief executive of Australian operations Andrew Twaits and many more.

As you may have noticed, key figures were lost from the mobile and Australian departments – two of the most important emerging markets – which will undoubtedly have stunted the supposed strong growth that was promised.

But finally some good news. One of the reasons for Betfair’s plan to go public became useful as the German state of Schleswig-Holstein passed legislation which allowed online sports betting. This left Betfair ideally placed to enter the market and the good news provided some respite as their shares actually increased – a rarity in the last twelve months.

But it was to be a false dawn as Ed Wray then announced that he was planning to depart. While it will be some time until the founder and Betfair chairman actually leaves his post, it certainly doesn’t inspire hope when another founder wants out.

While some advised against the flotation of Betfair, few could have foreseen the extent of the fall from grace. One year on from their post-IPO heights of £15.65 and the company’s shares are trading at 780p. Those left at Betfair will be desperate for that the next twelve months show considerable improvement.