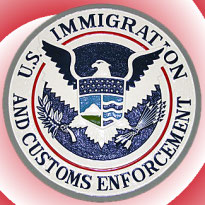 US Immigration and Customs Enforcement (ICE) has seized over 130 domain names, and for a change, none of them are related to online gambling. On Friday, TorrentFreak.com revealed that most of the seized domains appear to be sites peddling counterfeit apparel associated with American sports teams, such as the National Football League. The seizures follows a similar effort last year about this time, suggesting that ICE wants US consumers to think about where they shop on ‘Cyber Monday,’ the online version of the retail ‘Black Friday’ phenomenon.

The ICE move could also be considered a way to boost support for the Stop Online Piracy Act (SOPA), currently pending in the House of Representatives (the companion legislation to the Senate’s Protect IP Act.) The bill is backed by US film and music companies, who would be granted authority to request the seizure of domains they claim are infringing on their copyrights – even if those domains were based beyond US borders. Adamantly opposed to SOPA are web firms like Google, Facebook, Twitter, eBay and AOL, who would be expected to act as copyright cops. SOPA would make such sites liable for court action even if one of their users merely posted a comment that included a link to an external site containing copyrighted material.

We’ve known for some time that American politicians dispute the notion that their legal authority ends at the ‘water’s edge’. Canadian tech writer Michael Geist is now voicing concerns over SOPA’s definition of a “domestic” internet protocol address as one “for which the corresponding IP allocation entity is located within a judicial district of the United States.” Problem is, IP addresses aren’t allocated by national bodies, but by regional ones. The American Registry for Internet Numbers (ARIN) includes Canada and some 20 Caribbean nations within its ‘jurisdiction.’ As a result, all Canadian sites — even those belonging to federal and provincial governments — are registered with ARIN, leaving them vulnerable to shutdown by some Yank who decides to retroactively trademark the maple leaf.

For foreign sites not registered with ARIN, SOPA would grant the US “in rem” jurisdiction, allowing copyright holders to obtain court orders requiring internet providers to block access to infringing sites, and search engines to scrub any mention of the sites. (Great Firewall, anyone?) Any website wishing to challenge this court order (and they’d only have five days in which to do so before action was taken) would have to consent to having the outcome determined in a US court.

SOPA would also grant extra resources to US embassies around the globe so that they could increase their efforts to influence/amend/dictate copyright laws in other countries. The European Court of Justice recently ruled that ISPs in the EU are not bound to honor takedown/blocking requests from copyright holders. Will American ambassadors start taking European legislators aside for a quiet word?

Like the four-decade-old ‘war on drugs,’ the US war on intellectual property theft has been largely ineffective in curbing online piracy. Meanwhile, the collateral damage from such efforts will be all too palpable. Extending such sweeping authority to copyright holders will put a chill on the development of future internet businesses — at a time when the US desperately needs the ingenuity of its best and brightest to build new businesses that will boost the economy.