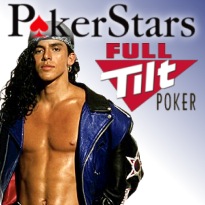 While suspicion mounts that PokerStars is helping to fund the legal defense of Black Friday indictees John Campos and Chad Elie, Stars’ founder Isai Scheinberg and his son Mark have been named, along with Full Tilt Poker (FTP), as defendants in a RICO antitrust suit brought by Cardroom International, a Florida-based poker software company. According to the suit, filed in Santa Monica Superior Court, Stars and Tilt engaged in unfair competition by providing free-play versions of their products to media companies such as ESPN/ABC, Fox and NBC. Cardroom is seeking $10m in compensatory and punitive damages.

According to the lawsuit, the CEO of Cardroom was told by one of these broadcasters that PokerStars had tied the use of its free-play software on the broadcaster’s websites to the purchase of airtime on the broadcaster’s TV network. As such, there was little incentive for the network to utilize Cardroom’s free-play software. (FTP wasn’t mentioned in this candid discussion between Cardroom and the network, but Cardroom claims there was a “joint conspiracy” between Stars and FTP to squelch competition.)

Cardroom suggests that since “the bulk of the money” Stars and FTP used to buy network airtime was “illegally obtained from United States poker players”, these networks shouldn’t have been dealing with such criminals in the first place. As further evidence of the injuries inflicted upon their person, Cardroom maintains that Stars and FTP’s illegally-derived pre-Black Friday “market dominance” meant that potential investors “were highly skeptical of the business prospects of independent software houses seeking to advance and develop software systems for legal online poker.”

The suit goes on to allege that FTP “was never a peer-to-peer Internet cardroom, because of the participation of the owners … in the outcome of the game.” Cardroom suggests that most people weren’t aware that FTP-endorsing players like Chris Ferguson and Howard Lederer also owned a piece of FTP, and since these players played on the site they owned, the games had to be rigged in their favor. As additional proof of FTP acting as ‘the house’ instead of a mere host, Cardroom alleges that the site used ‘bots’ to fill tables and take advantage of fishy players.

The suit goes on to regurgitate most of the Black Friday charges against Stars and FTP, just in case the Court misses the point that Stars and FTP were/are big bad bullies. But it also claims that FTP’s unwillingness to segregate player funds from operating capital allowed FTP “to effectively limit competition from new entrants into markets where online poker was legal, and, in the United States, ensure that companies looking to offer [free-play online poker] would be discouraged from entering into license agreements with software companies given that the Full Tilt companies would offer strategic alliances on terms that no company making a fair profit could match.”

Left unsaid in Cardroom’s suit is why it has so far failed to take advantage of the absence of these companies from the US market. Maybe the court will offer an opinion on that score when it ultimately renders its decision. In the meantime, this pungent slice of early 90’s cheese seems entirely appropriate…