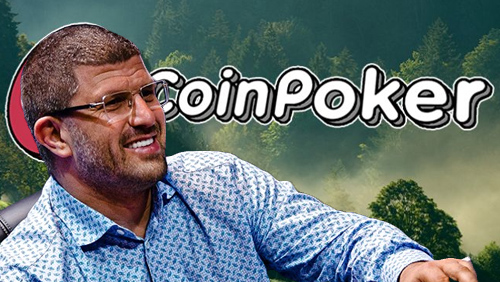 Two pieces of cryptocurrency news including the man of the moment Matthew Kirk joining CoinPoker as an ambassador, and the former Full Tilt Poker co-founder, Rafe Furst, launching The Crypto Company.

Matt Kirk is putting Leon Tsoukernik’s money to good use.

The Australian High Stakes cash game grinder currently locking horns with the King’s Casino owner over an unpaid $2m loan has agreed to become one of the many faces of CoinPoker.

CoinPoker launched a free-to-play version of the latest online poker room to ride the back of the cryptocurrency wave, last week. The currency used on CoinPoker is known as Chips (CHP), and on November 16, the company began selling 100m of the things in a pre-Initial Coin Offering (ICO) due to end on Dec 2.

Anyone looking to get involved in the pre-ICO, and earn a 30% bonus, could be sorely disappointed. According to PokerNews, a CoinPoker partner, the team has sold 80% of the 100m CHPS, and expect the sale to end well before Dec 1.

CoinPoker’s cryptocurrency operates on the distributed server processing system Ethereum (ETH) and its ERC20 Standard smart contract protocols. According to PokerNews, the most substantial investment to date is 1000 ETH ($377k), so people are serious about the growth of this type of cash, and Kirk is ready to boldly go where most of the humankind has never gone before

“This is going to be huge,” Kirk told PokerNews. “I’m stoked to join CoinPoker, and I’ve already put my money behind it. I can’t wait for the tokens to reach the high stakes tables, where I’ll be ready to take it. We’ve already got a first tournament worth more than 200,000 EUR – and the ICO hasn’t even started!”


With CoinPoker planning to launch an affiliate program shortly, I imagine that Kirk will be the first of many professional poker players brought into the fold to spread the word.

One thing I find interesting is the speed at which CoinPoker and Virtue Poker operate. CoinPoker has already released a Minimal Viable Product (MVP), whereas Virtue Poker, who counts Phil Ivey, Brian Rast and Dan Colman as team members, won’t launch until the Fall of 2018.

Rafe Furst Gets Into The Game

Rafe Furst, the former Full Tilt Poker (FTP) co-founder and board member, has also entered the cryptocurrency game with the creation of the investment firm The Crypto Company.

Furst, a World Series of Poker (WSOP) bracelet winner with over half a million in live tournament winnings on his Hendon Mob CV, believes the cryptocurrency industry will be a trillion dollar market within five years.

Speaking with entrepreneur.com, the man who was making $250,000 per month in FTP dividend checks and had a net worth of $100m, explained why he is getting involved in the crypto business calling it the most important technology since the internet itself.

Furst is a serial entrepreneur who has also had tremendous success with the online equity crowdlending platform Crowdfunder. The Crypto Company is a service that takes the stress out of trading over 800 different cryptocurrencies across the available exchanges to ensure you get maximum value.

If you want to learn more about his role with FTP, check out this candid post on Medium.