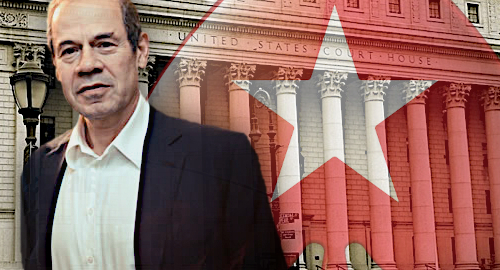 Online poker’s former top dog Isai Scheinberg has been sentenced to time served for his role in PokerStars’ former US-facing operations, ringing down the curtain on the nearly decade-long Black Friday saga.

On Wednesday, US District Court Judge Lewis Kaplan sentenced Scheinberg to time served and a $30k fine for operating an illegal gambling business. Scheinberg pled guilty to that charge in March, after surrendering to US authorities in January following his arrest the previous summer in Switzerland.

Scheinberg was one of 11 individuals and four companies indicted on charges of illegal gambling, bank fraud and money laundering by the US Department of Justice on April 15, 2011. Scheinberg is the last of the individuals to face the music, while PokerStars is the only company that survived Black Friday’s financial fallout.

Inner City Press said Scheinberg was accompanied by his wife Dora at the sentencing, which could have sent him to jail for up to 18 months. But prosecutors had recommended that Scheinberg not serve any additional time in custody, based on a number of mitigating factors.

Chief among these factors was the deal the DOJ reached with PokerStars in 2012 under which the company assumed debts of $304m owed by Full Tilt Poker, another company indicted on Black Friday and which PokerStars subsequently absorbed. This deal ensured FTP’s players were reunited with the money in their online accounts, just as Stars players had been from the start. Players at another indicted firm, Absolute Poker, also benefited from this deal.

While some of the other individuals indicted on Black Friday got off relatively lightly, others received lengthy prison terms. In 2021, Judge Kaplan sentenced payment processing figure Ira Rubin to three years in stripes based on his view that Rubin was an “unreformed con man and fraudster.”

PokerStars exited the US market on Black Friday and Scheinberg and his son Mark sold PokerStars’ parent company to Amaya Gaming in 2014 for $4.9b. PokerStars made its legal return to the US market in March 2016 in New Jersey and has since expanded into Pennsylvania’s regulated market under its new owner, UK gambling giant Flutter Entertainment.