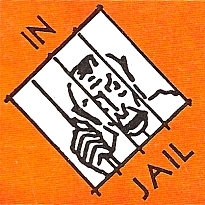 Ira Rubin, one of the online poker payment processing figures indicted on Black Friday, was sentenced to three years in prison on Thursday in a Manhattan District Court. A US citizen, Rubin had resided in Costa Rica since 2008 but was arrested in Guatemala on April 25, 2011, reportedly attempting to board a flight bound for Thailand. Originally facing nine charges with a potential 80-year sentence, Rubin struck a deal with prosecutors, pleading guilty in January to one count each of conspiracy to commit bank and wire fraud, and participating in a money laundering conspiracy. Prosecutors subsequently recommended a sentence of 18-24 months.

Fellow Black Friday indictee Brent Beckley, former director of payments for Absolute Poker, reached a similar deal in December, and prosecutors had recommended a sentence of 12-18 months. On Monday, Judge Lewis Kaplan played along by handing Beckley a 14-month sentence. Kaplan apparently concurred with prosecutors’ contention that there was no evidence that Beckley intended to cause harm to any of the financial institutions through which he moved the poker money. Nevertheless, Kaplan stated that it was important to demonstrate that the US government “means business in these types of case.”

Kaplan struck a much harsher tone in sentencing Rubin, unmoved by the defendant’s stated recognition that this was his “last chance to have a productive life … I’m tired of running. I just want to go home to my family.” Kaplan described the 54-year-old Rubin as an “unreformed con man and fraudster” whose behavior on behalf of the online poker outfits was “brazen, quite deliberate and deceptive.” Rubin’s past run-ins with the law include a telemarketing credit card scam which cost consumers $8.5m and which prompted Rubin to flee the US in 2007. Rubin has already spent 15 months in custody, but Kaplan justified the extra prison time by noting the “extremely high threat” of Rubin reoffending and suggested Rubin would leave prison already “trying to cook up some new scheme that in all likelihood will be illegal.”