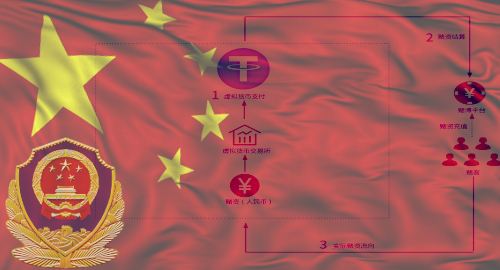 China’s war on ‘cross-border’ gambling claimed a lot of scalps in 2020, although a new report claims 11m Chinese citizens still gamble online on any given day.

On Tuesday, China’s Ministry of Public Security issued a statement on its anti-gambling activity in 2020, which saw the Ministry resolve more than 3,500 cross-border (land-based and online) gambling cases and arrest some 7,500 suspects. The Ministry also claimed to have ‘destroyed’ 2,260 gambling platforms, 890 technical support hubs, 1,160 marketing affiliates and 1,960 illegal payment platforms and ‘underground’ banks.

Of the arrested individuals, over 600 Chinese nationals were detained overseas, thanks to increased cooperation between the Ministry and its counterparts in the Philippines, Malaysia, Myanmar, Vietnam and other Asia-Pacific countries.

The Ministry also hailed its ‘blacklist’ of countries that lure mainland residents abroad to gamble, while still refusing to identify the countries that have been labeled with this scarlet letter. The Ministry warned mainland residents to “consciously resist” traveling abroad to gamble or to participate in illegal online gambling from the mainland.

Speaking of, anti-fraud solutions outfit Yongan Online issued an Online Gambling Payment and Money Laundering Industry Chain Analysis Report on Tuesday that claims one of every 80 Chinese netizens gambled online on any given day between December 15-21.

That figure shakes out to over 11m average daily online gamblers – peaking at 11.4m on December 19 – which underscores why operators continue to target the mainland market regardless of the obvious risk. Guangdong, China’s most populous province, accounted for the bulk (2.7m) of this average, four times the 640k online gamblers who hailed from runner-up Beijing.

The report identified at least 14 types of online gambling payment methods, which include mainstream apps such as Alipay and UnionPay but also virtual currencies such as Tether (USDT). The latter is increasingly living up/down to its local reputation as an emerging ‘crime coin,’ which has prompted Chinese authorities to shine an increasingly bright spotlight on its users.

A couple weeks ago, Chinese media outlet Caixin reported that the Tether-based processor busted last September relied on the Seychelles-based Huobi crypto exchange to ‘wash’ its gambling transactions. The Ministry of Public Security ordered the Huobi exchange and other USDT-friendly platforms to add video identity verification of customers making transactions to ensure their faces matched those on their bank cards, but these platforms have reportedly been slow to comply.

China’s war on online gambling payments has increasingly focused on so-called ‘fourth-party’ processors, which involve mainland residents agreeing to ‘lease’ their bank and phone cards to gambling operators, who use the cards to funnel miscoded payments to make it appear as if transactions are innocuous, with the card owner receiving a small commission on each successful payment.

The Yongan report notes the lengths to which gambling operators will go to minimize detection of these fourth-party methods, including using technology to convert round number transactions to ensure they end with decimal points to more accurately mimic the price of a purchased good. Large payments will also be split up into a number of smaller payments to fly under a bank compliance officer’s radar.

The report notes that this fourth-party ‘recharging’ method remains the most popular form of online gambling processing, but claims virtual currencies are becoming more commonplace.