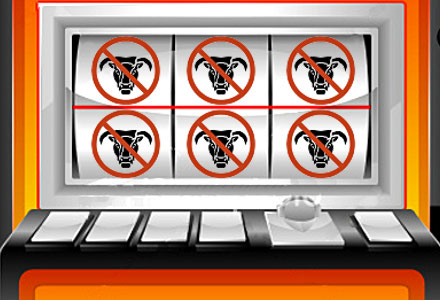 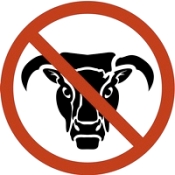 As more and more jurisdictions across the United States consider introducing gambling options or expanding existing ones, one of the chief hurdles that must be cleared is the concern over the effect such moves will have on society. In the District of Columbia, Councilmember Tommy Wells recently announced his intention to introduce legislation that would kill DC’s first-in-the-nation online gambling plans before the system is even up and running. While Wells objected to what he called the “not transparent” process by which DC’s law came into effect, he also claimed to be concerned over the negative effects the online option would have on DC’s population. “For some people, gambling can really be an addiction. I want to know what the public good is.”

Wells apparently doesn’t feel that the tax revenues funneled into DC’s coffers from online gambling would do any public good, which probably says more about the way DC Council allocates its budget resources, but let’s put that aside for the moment. What effect would the introduction of online gambling have on DC residents?

According to Harvard Medical School associate professor of psychiatry Howard J. Shaffer, the effect would be minimal. Shaffer and colleague Ryan Martin recently co-authored an article in the Annual Review of Clinical Psychology entitled “Disordered Gambling: Etiology, Trajectory and Clinical Considerations” that skewers a lot of the perceived wisdom that surrounds gambling prevalence and its effect on society.

According to Shaffer and Martin, despite the unprecedented expansion of gambling in the United States over the past 35 years, the number of pathological gamblers during this period has actually decreased, from 0.7% to 0.6%. In an interview with the Chicago Tribune’s Steve Chapman, Shaffer reports that the introduction of new gambling options into an area follows a predictable pattern. “You’ll see some increase in gambling. Some people who would not have gambled become willing to try.” But for the overwhelming majority of these new gamblers, the novelty quickly wears off. Gambling is not “a relentless progressive disorder … For the vast majority of those who gamble, control comes easy.”

What’s more, this effect is magnified when it comes to online gambling, something that surprised even Shaffer. “People gambling on the internet change from gambling more to less in weeks. We never would have predicted that. People discover it isn’t that much fun to gamble alone. The extent of internet gambling for most is astoundingly moderate.” Shaffer and Martin discovered that perhaps 1% of the total worldwide internet population has ever gambled online, and their experiences “provide little evidence that exposure is the primary driving force behind the prevalence and intensity of gambling.”

Of course, there is that unfortunate 0.6% that cannot control their gambling, but Shaffer and Martin’s research shows that these people have addiction issues that extend far beyond gambling. “Of people in the US with gambling problems, about 75% had a mental health problem first and a gambling problem second.” Pathological gamblers were five and a half times more likely to have problems with substance abuse and four times more likely to experience a mood disorder. Around 75% have had an alcohol disorder, 38% have had a drug use disorder and 60% have had nicotine dependence. (In other words, gambling may be the least of their worries.)

While there’s no denying that these unfortunate few deserve all the help they can get to deal with their addiction issues, there’s also the issue of whether the remaining 99.4% of Americans deserve having their right to gamble withheld from them. How many more of life’s pleasures would we be willing to outlaw in the name of preventing a statistical few from indulging to excess? Alcohol, food, shopping… You name the activity or product, there will always be some who can’t say no. But until the authorities reinstate prohibition, shut down all Burger Kings and Dairy Queens and hang a ‘closed until further notice’ sign on the doors of the local shopping mall, they have no logical justification for maintaining their traditional anti-gambling stance.