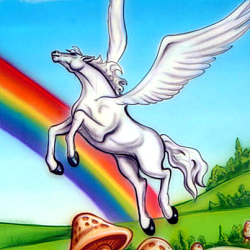 This week, the Australian media was all agog with claims that online gambling was creating an unprecedented epidemic of problem gamblers. Despite the fact that the total evidence supporting this conclusion consisted of anecdotal reports about the increased number of online bettors attending gambling addiction clinics, the media ran the story without question. Of course, they did.

The meme that online gambling is somehow more addictive than its land-based counterpart has been accepted wisdom among media outlets since online gambling arrived on the scene a decade and a half ago. Other long-cherished myths about gambling include the notion that problem gambling increases as gambling options become more available, or that gambling overwhelmingly preys on the lower socio-economic classes. But what do the facts say?

The Canadian province of British Columbia conducted a series of studies over a nine-year period to quantify the number of people negatively affected by their exposure to gambling. The latest of these studies, 2008’s Problem Gambling Prevalence Study, found that the number of problem gamblers in the province had remained virtually unchanged at 4.6% — despite the fact that the province had undergone an unprecedented expansion of gambling options over this same period. What’s more, of that 4.6%, 3.7% were classified as ‘moderate’ problem gamblers, and only 0.9% as “severe” problem gamblers. These figures are nearly identical to those established by Dr. Howard Shaffer in his groundbreaking research at Harvard University. (See video below.)

Contrary to the meme, the BC study revealed that gambling participation increased in tandem with higher household incomes. This jibes with nationwide figures recently compiled by Statistics Canada. In particular, the percentage of those who enjoyed online gambling was six times greater among high-income earners than those occupying the bottom-rung of the socio-economic ladder. The majority of gamblers (62%) are spending the same amounts they were five years ago, with equal amounts (19%) spending more or less. Again, those gambling more are predominantly identified as high-income earners, while most of those gambling less occupy the lower income brackets.

Even more interesting is how BC gamblers described their motivations for gambling. “Fun” and “socializing” both scored higher than “winning money”. This fits with our long-standing belief that gambling is first and foremost a form of mainstream popular entertainment. The BC study also found that problem gamblers were more than three times as likely to have issues with other addictions, such as alcohol and drugs, than were recreational gamblers. This suggests that certain people simply have addictive personalities, meaning they are more prone to overdoing pretty much anything. (And this John Hopkins study showed that of all vices, gambling was actually the least addicitive.)

Bottom line, a small percentage of individuals can always be counted to abuse anything, be it alcohol, junk food, credit cards, plastic surgery, exercise, you name it. While we support efforts to help these addiction-prone individuals deal with their self-destructive habits, we must not let their experiences dictate how the vast majority of us are allowed to live our lives. We must also not allow misinformation to be taken as gospel when actual facts are readily available. Take it away, Dr. Shaffer…