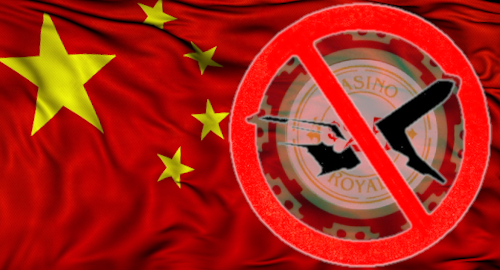 On Tuesday, China’s Ministry of Culture and Tourism (MCT) announced that its blacklist of ‘cross-border gambling tourist destinations’ was set to grow. The MCT plans to cooperate with ‘relevant departments’ to identify the additional nations that deserve tagging with the new anti-gambling scarlet letter.

The MCT announced its initial travel blacklist last August but the names of the overseas territories supposedly “endangering the personal and property safety of Chinese citizens” were never made public. Analysts speculated that the initial list included major casino hubs popular with Chinese gamblers such as Australia, Cambodia, the Philippines and Vietnam.

The MCT appears to be deliberately playing coy in order to keep would-be gamblers fearful that their travel may get them in trouble. Mainland Chinese who defy the government in this fashion will face travel restrictions in future, likely through demerits via the country’s infamous ‘social credit’ system, which rewards citizens for behaving in Beijing-approved ways and punishes those who defy Beijing’s edicts.

China, which prohibits all forms of gambling on the mainland other than the state-run lotteries, has justified its blacklist as a means of protecting its citizens from physical harm, including gambling-related detentions. However, Beijing’s desire to reduce capital outflow is suspected as the primary justification for the crackdown.

It what could be a coordinated announcement, Tuesday saw the Chinese embassy in Cambodia issue a warning to mainland residents regarding ‘a number of recent vicious cases’ involving Chinese nationals in Cambodia, most of which appear to have had ties to local gambling operations.

Macau may be a special administrative region of China but its casinos reportedly also fall under the ‘overseas’ definition of a recent amendment to China’s Criminal Law. The amended law enshrined a new crime of “setting up or managing casinos overseas,” as well as those who “organize and solicit” mainland Chinese to travel abroad for gambling purposes.